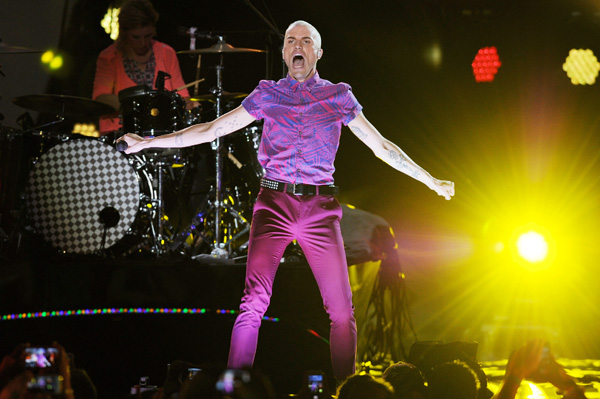 SALT LAKE CITY - Two years after coming out as gay and praising the Mormon church for offering support, the lead singer of a popular rock band is denouncing his faith in his latest music video.

Tyler Glenn of Neon Trees, a Provo, Utah-based band, released the video Friday for a single titled “Trash,” in which he appears to be trashing the church. The video includes images related to the church and shows Glenn drinking alcohol.

Glenn told Rolling Stone magazine that his belief in the Church of Jesus Christ of Latter-day Saints changed about six months ago.

In November, the church announced that people in same-sex couples could be excommunicated. The rules also said children of those couples must disavow homosexual relationships and cannot be baptized until they are 18.

One of the few publicly-out Mormons, Glenn told The Associated Press in 2014 that he was looking forward to speaking about gay acceptance in his religious culture.

“On the level of being a role model for kids or LGBT Mormon youth, I’m totally down because I come from that background and I would be able to speak to them honestly,” he said shortly after announcing his sexual orientation.

In the 2014 interview, he said he had received positive feedback from church leaders.

“I was surprised at how many Mormon church leaders wrote me messages saying, ‘This is great that you’re doing this,’” he said. “That really was cool.”