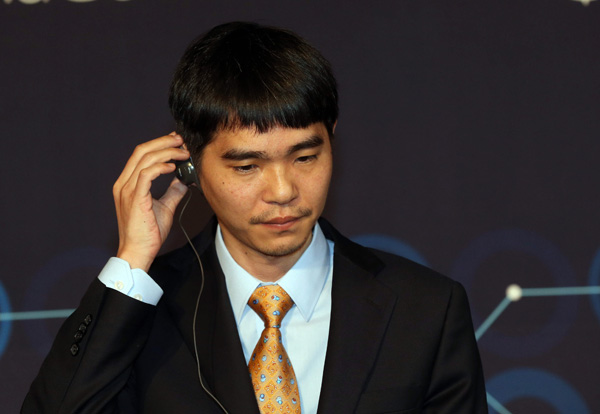 The recent shock over AlphaGo’s landslide victory against Lee Se-dol, the top Korean Go player, has put much on artificial intelligence (AI). When it comes to talking about professions to be replaced by AI in the coming years, interpreters and translators often make it to the list. That the number of possible cases in Go games is greater than that of atoms in the universe seemed to ensure that AI would never claim victory over humans. Such a prediction was proven entirely wrong. So how many cases would there be for human language?

Until recently, the claim that computers could not possibly replace interpreters was based on the belief that machines are not capable of grasping context and that they lack the ability to self-correct. Nonetheless, AlphaGo succeeded in understanding context in five Go games and even showed potential for developing intuition, a privileged domain of humans. Already, by providing initial drafts of translations, automated machine translation solutions developed and operated by domestic and foreign companies are facilitating the work of professional translators. Thus, next-in-line seems to be interpreting, or so people claim.

For a computer to interpret real-time, it must first recognize each and every unique writer’s voice. Then it must translate the phrase, which must be finally converted to actual voice. Technically speaking, none of the three stages above has reached a flawless state, and there are more than enough reasons why computers will never be able to perfect the second stage — translating.

Even in the European Union, where 24 languages are interpreted, there are concerns that interpreting machines and AI would eventually come to replace human interpreters. However, the real threat lies elsewhere: English is becoming a universal language at a rapid pace. In Scandinavian countries, let alone England, a majority of conferences are held in English and thus there is no need for interpreters.

Reportedly, the European Union has also recently begun to hold most of its conferences in two to three languages selected from English, French, German and Spanish, thereby reducing the amount of work available to interpreters. The G-7 ministerial meeting scheduled in Japan this year will only be interpreted in English and Japanese. If the same meeting takes place in Korea, it will only be interpreted in English and Korean.

Such a trend will directly affect the higher education of countries in Europe and elsewhere. Simply put, parents and students alike are selecting majors other than foreign languages, believing that there would be no problem surviving in the globalized world as long as one commands an intermediate level of English. Countries around the world now only focus on interpreting between English and their respective native languages.

If this continues, soon there will no longer be a need for any concern whatsoever over other foreign languages.

Does this imply that interpreting and translation schools, and the profession itself, will become obsolete and ultimately disappear entirely? Eric Schmidt, the CEO of Google, claimed that “Interpreters will disappear within five years and the Tower of Babel will fall.” However, this certainly will not be the case. The game of Go was invented by humans, but language was created by God at the beginning of time. AlphaGo beats humans, but interpreting machines will have to defeat God.

Capable of providing a more humane and tasteful interpretation than computers, human interpreters will gradually adapt to the era of AI by breaking down the communication barriers that computers will never be able to overcome.

Interpreting and translation will not disappear; outstanding interpreters will remain an essential presence in our world.


*The author is professor of the Graduate School of Interpreting and Translation at Hankuk University of Foreign Studies and president of Korean Association of Translators and Interpreters.