Yao Ming gets blocked in China

Yao Ming gets blocked in China 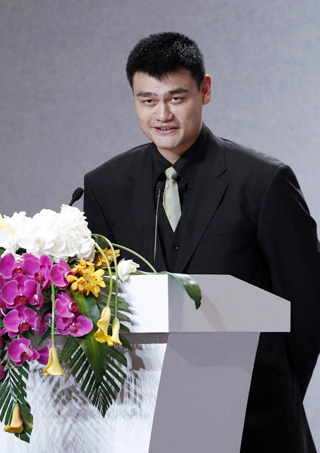 Yao Ming delivers a speech at a press conference in Shanghai on July 20, 2011. [Xinhua/NEWSIS]

At 7-foot-6, Yao Ming wasn’t often blocked during his Hall of Fame NBA career. But Chinese politics are a different matter, as Yao learned last week when the state-owned China Basketball Association (CBA) rebuffed the superstar’s attempt to take the league private and remodel it in the image of the profitable NBA.

Yao’s bid was certainly worth a shot. Basketball is China’s most popular team sport, and the American NBA is the most popular professional league among Chinese fans. Last year, the NBA signed a $700 million deal with Chinese social media giant Tencent for digital rights to its programming in China — its most lucrative digital partnership anywhere in the world. If Yao could have injected some of the NBA’s professionalism and pizzazz into the Chinese leagues, he stood to make a fortune.

Instead, his failure speaks volumes not just about sports, but about the difficulty of reform in China. Among the country’s 150,000 state-owned companies, the CBA would seem an ideal test case for privatization: The mediocre and money-losing league is both in dire need of a revamp and nowhere near as sensitive as, say, the steel industry, which employs hundreds of thousands of people. The fact that Yao still couldn’t overcome the league’s resistance doesn’t bode well for other efforts to loosen the state’s grip on the economy.

Sports and steel do have something in common: In modern China, they’ve both been seen as proxies for national greatness. China established the CBA in 1994, after watching the dominant, image-enhancing success of the U.S. “Dream Team” at the 1992 Olympics. As a state venture, however, the league was hobbled from the start. Instead of scouting China’s urban playgrounds, where some of the country’s best hoops are played, the CBA was limited to talent cultivated in China’s system of rigid, state-run athletic academies. That’s dragged down the quality of play; Yao remains one of the few breakout stars to emerge from the Chinese leagues.

The CBA’s business structure also hampers competition. Unlike the NBA, where teams retain most of the sponsorship money they earn, CBA franchises must turn over all of their revenues to the league front office. Predictably, the system has been a commercial disaster. Last season, only one of the CBA’s 20 teams made a profit.

Financial woes have produced a woeful product. Players, working for a relative pittance, often play comically badly. The league suffers from notoriously poor officiating, while corruption is rampant. Games are oftentimes played in an atmosphere more akin to pro wrestling than pro basketball (as evidenced by a melee between fans and players outside of a hotel last month).

Yao, who bought the Shanghai Sharks franchise in 2009, pinpointed the problem in a 2013 interview when he complained of the CBA, “We are running this more like a government than a professional league.” Privatizing the CBA would in theory make the league and its franchises more transparent and accountable. More profitable teams would have money to develop players and improve the fan experience. The league itself would have a better chance of attracting up-and-coming international figures who aren’t yet ready for the NBA, rather than players at the end of their careers.

The government, which has talked repeatedly of granting the market a “decisive role” in the economy, in principle favors reform of the state sector, including sports leagues. In 2014, China’s State Council ordered that market forces play a bigger role in the latter, and in January, China’s powerful sports authorities approved rules that would allow an outside party to control the CBA’s business affairs. Yao sought to take advantage of those changes. With the backing of 18 of the 20 CBA franchises (including his Shanghai Sharks), he formed a corporation to give team owners a controlling say over league business.

The bureaucrats running the CBA, however, pushed back, forming their own “private” corporation to put forward a rival bid — and then choosing themselves as the winners. Under the new system, the CBA will hold a 30 percent share in the new management company, while each of the 20 teams will have only a 3.5 percent share — all but guaranteeing continued CBA control.

Efforts to revamp the broader state sector are similarly stumbling over resistance from vested interests. President Xi Jinping’s recent reform plan for state-owned enterprises lacks detail, and Xi himself remains sympathetic to maintaining state control over key sectors. Worse, the timetable to achieve “decisive results” stretches to 2020, giving control-minded bureaucrats an incentive to run out the clock. For Chinese basketball, the final buzzer might have already rung.