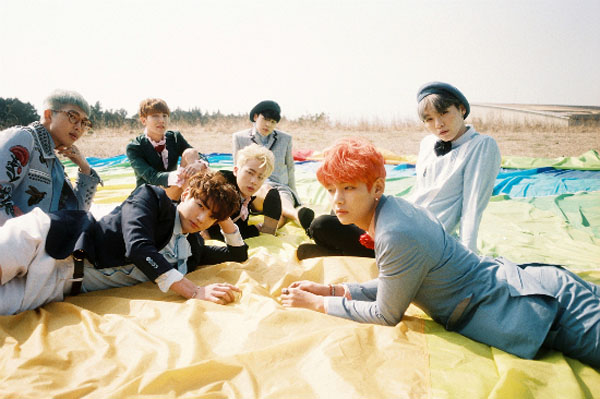 The K-pop group Bangtan Boys have proven their global popularity by ranking high on music charts around the world with the release of their newest special album, “Young Forever”.

The group released the special album at midnight on Monday via music streaming services in Korea and other countries. The title song “Fire” is an electro track with a typical dynamic tune that the Bangtan Boys are known for.

Not only did their latest song jump to first place on many music charts in Korea, the album also placed in the top 50 album charts on iTunes in 18 countries, including in the United States, the world’s largest music market.

As of Monday 3 p.m., the song “Fire” has retained its top 10 position on the charts of five countries: Singapore, Malaysia, Thailand, Argentina and Nicaragua.

“Young Forever” is the last album of the group’s one-year project, titled “The Most Beautiful Moments in Life.” Within a year, the group has released 23 songs around the theme of youth.

The Bangtan Boys are scheduled to hold a concert titled “2016 BTS Live The Most Beautiful Moments in Life, on stage : Epilogue,” which begins this Saturday at the Olympic Park Gymnastics Arena in Songpa District, southwestern Seoul.