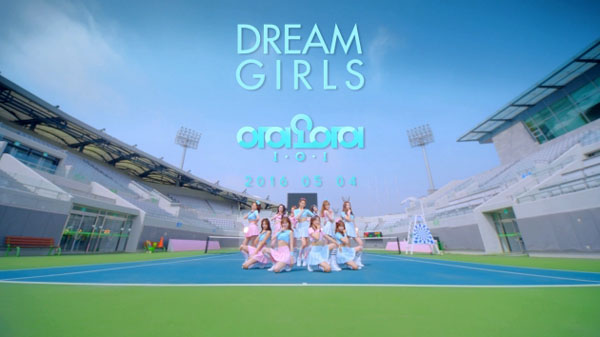 The much-anticipated debut of I.O.I, the girl group born out of the popular survival show “Produce 101,” is almost here.

The group prefaced its imminent debut with the teaser video for the song “Dream Girls” on Monday.

“Dream Girls,” the title song for the upcoming album “Chrysalis” has an upbeat tune and encouraging lyrics.

The teaser for the title song, unveiled on YouTube and on their agency’s social media channel, featured all 11 members chasing their dreams.

The fledgling members’ debut album is scheduled to be released at noon on Wednesday through various music streaming sites. The group will perform on the next day at a media showcase in Jangchung Gymnasium in Jung District, central Seoul.

I.O.I consists of the 11 finalists of the survival reality TV show “Produce 101.” Individual members of the group have enjoyed a significant level of name recognition before being assembled into a group, thanks to the popularity of the show.

However, the group will only last for a year, after which the members will return to their respective entertainment agencies.