The end of elite-school favoritism

The end of elite-school favoritism 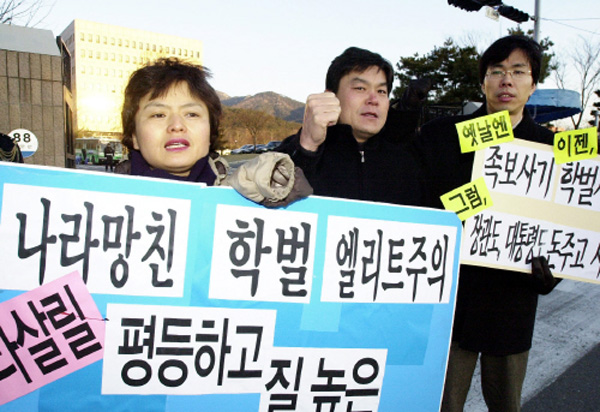 I was greatly surprised when I first saw the grades of University of Cambridge students published in the Times. The list of the graduating class, ranked in five groups and containing the real names of students and their grades, was available for all to see. In the age of privacy, the University of Cambridge is the only school that publicly releases the exam results of its students, but until recently, all universities in the United Kingdom followed this tradition.

In the past, grades and rankings were made public before students were notified of how they had done. As the practice was criticized as too harsh, the grades were released after the students learned of their own results.

Of course, the students at Cambridge oppose the policy. But the practice is effective in motivating students to perform better, and their degree can only become more valuable when individual performance is made public.

In the United Kingdom, male students have ties that represent their alma mater, which they wear for job interviews. They don’t have to explain their academic background because it is already around their neck.

Some may think that Koreans value school connections, but Japan and China have a similar culture. In the United States, Ivy League graduates are often favored at investment banks and consulting firms. In Germany, no particular universities are considered the best, but there are top schools for each field.

It is not desirable that the graduates of prestigious universities are given excessive benefits. But it is also wrong to underestimate the value of academic background. It is an objective fact that graduates from top schools perform better at work. Among executives in major U.S. companies, graduates from Ivy League universities earn 24.4 percent higher salaries than graduates of other universities. In the United States, performance and salary are directly related.

When discussing the secrets to Asia’s success, many address the tradition of meritocracy. Asian countries could develop because talented individuals could succeed regardless of the class to which they were born. Dynasties in Korea had a state exam that allowed anyone who passed to be promoted to official positions, and the tradition still lives on in the form of national examinations.

Recently, a civil group working to end favoritism for elite universities disbanded voluntarily, but not because they thought their goal had been achieved. Instead, they are breaking up because even academic background is powerless before family background, and graduates of top universities are struggling to find jobs. A society dominated by elites is problematic. But the dominance of inherited fortune is more serious. You have to at least study hard to get into a top university. It is too unfair that those born with a silver spoon get a good job, power and honor all at once. Let’s not give up the last remaining principle that anyone can succeed by trying and working hard.