Memorial in Gwangju for German journalist

Memorial in Gwangju for German journalist

Protesters, left, from the May 18 Gwangju Democratization Movement, armed to fight against the martial law force, patrolling around the site, and right, the coffins where the bodies of people who were sacrificed from the massacre are buried. [MAY 18 MEMORIAL FOUNDATION]

Relics of the German reporter who filmed devastating and piteous scenes of the May 18 Gwangju massacre in 1980 will be buried in Mangwon-dong, Buk District in Gwangju, where the victims of the demonstration were buried.

The reporter, Jurgen Hinzpeter, was a correspondent for the German public broadcasting company ARD-NDR in Japan, when he filmed the May 18 Gwangju Democratization Movement, a student-led movement against Chun Doo Hwan’s military coup. After collapsing from a heart attack in 2004, the reporter told his family that he wished to be buried in Gwangju.

His family, however, refused to fulfill his wish. Thus, in 2005, Hinzpeter visited Korea and delivered his nail clippings and hair strands to the May 18 Memorial Foundation, saying that he at least wanted a few parts of himself to be buried in Gwangju.

Hinzpeter’s affection towards Gwangju dates back to May 1980, when he almost risked his life to film the atrocities that happened in the democratization movement.

It was the first video footage of the brutal crackdown on protesters that was ever released to the world.

The video captured one of the most heartbreaking and anguishing moments in Korea’s history. There was footage of the martial law forces, armed with tanks, and numerous victims lying in front of the South Jeolla Provincial Government building, the family members crying over the victim’s bodies. 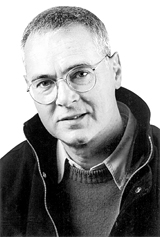 The German reporter, despite the danger of capturing the scenes, did not leave the demonstration site. Even after retiring as a reporter in 1995, he devoted his efforts to raising awareness about the democratization movement in Gwangju.

After Hinzpeter’s death in January 2016, the May 18 Memorial Foundation planned to bury his remains in the May 18 National Cemetery in Unjeong-dong, Gwangju, however some critics disagreed with the plan on the grounds that he was not one of the victims of the democratic movement. Thus, it was decided that his remnants will be buried at a cemetery in Mangwon-dong, where victims of the democratic movement were buried before 2002, when the national cemetery was built.

A garden in commemoration of Hinzpeter will also be built in the cemetery in Mangwon-dong. Also, a tree in honor of the reporter will be planted in the national cemetery.

The production of a movie about Hinzpeter and a taxi driver who helped him out in Gwangju is planned, as well. “I was able to report on the democratic movement thanks to a brave taxi driver,” Hinzpeter said multiple times before his death. The identity of the taxi driver, however, is still unknown.

The opening ceremony of the Jurgen Hinzpeter Memorial Garden will be held on May 16 and his wife, Edeltraut Brahmstaedt, 79, will be attending the ceremony to bury the envelope with the remains of her deceased husband.

The May 18 Memorial Foundation invited Brahmstaedt to the ceremony last February when some of the delegates visited the reporter’s funeral.

Brahmstaedt, in a letter to the foundation, wrote, “I thank everyone who gave condolences despite my husband’s unexpected death. I would also like to give a special thank you to those who came all the way to Germany from Gwangju, Korea.”