Cooperate with the investigation

Cooperate with the investigation 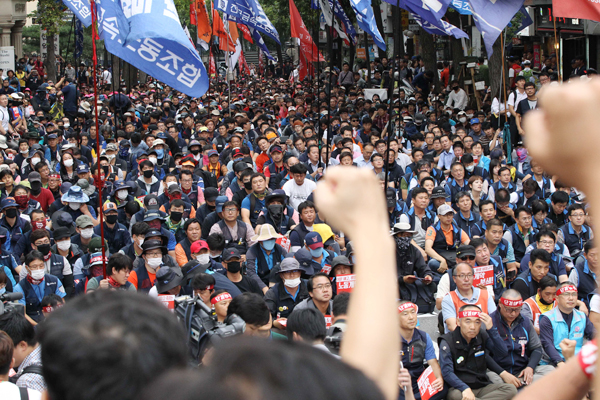 Reckitt Benckiser’s Korean unit has formally apologized and offered to provide compensation for those who died because of its humidifier sterilizers. It is the first acknowledgment by the Korean subsidiary of the U.K.-based multinational of its role in the event, five years after the toxic chemical mixed into humidifier sterilizers sold from 2001 was linked to lung disease and deaths.

The chief executive of Reckitt Benckiser Korea said he was offering “a sincere apology to all victims and their families who have suffered lung disease as a result of using the humidifier sterilizer” as well as an apology for being late to offer one. The company says it will establish an independent panel of experts to map out the guidelines and scale of compensation by July.

The apology was vehemently shot down by victims and families, who questioned the company’s sincerity. The press conference was hastily arranged and lasted just five minutes. The group of victims plans to take legal action against the British headquarters. The company has so far ignored protests from consumers and victims, and only issued an e-mail statement after the prosecution’s investigation began last month. It was accused of trying to hastily offer compensation just to avoid heavier charges.

The company said it was being misunderstood due to differences between Korean and British corporate culture. But this is a shameful excuse coming from a company that has a long history of profiting by selling various consumer products in Korea.

Its lax action can only be understood as an underestimation of the Korean market and local consumers. It could not have acted similarly if one of its products was blamed for hundreds of deaths in the United States or Europe.

If the company is really sincere, it must come up with persuasively generous compensation packages fast. Otherwise, it will face a large-scale boycott by Korean consumers. The British headquarters should also clarify its position in the case and cooperate fully with the prosecution’s investigation.