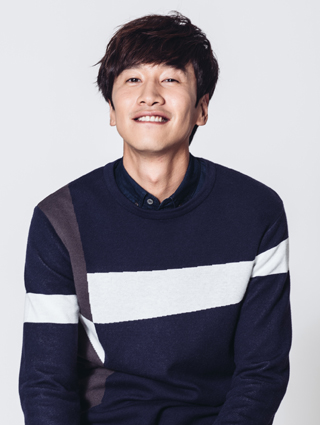 A set of emoticons representing entertainer Lee Kwang-soo has been launched in China.

“Lee Kwang-soo’s emoticon set has 24 kinds of emoticons modeled after the entertainer’s delightful and facetious expressions,” the agency said. “He is the first Korean celebrity to be made into emoticons in China.”

WeChat is an instant messaging service run by the Chinese IT giant Tencent and has roughly 650 million users.

Lee’s popularity in China and countries in Southeast Asia shot up when he was cast in the popular TV entertainment show “Running Man.”

Thanks to his elevated status in China, the star has appeared in many commercials in China and starred in many entertainment shows, including “Perhaps Love.”

The entertainer is currently wrapping up shooting for the upcoming tvN drama “Dear My Friends” and the KBS drama “Sound of Your Heart.”