A model of scientific leadership

A model of scientific leadership 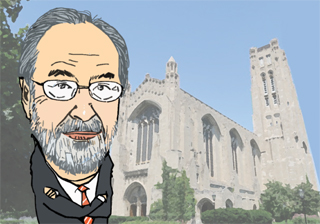 As a member of South Korea’s scientific community, I often find myself missing great leadership. That term, “leadership,” covers a wide range of positions; it could be someone serving as a department chair or dean, or it might be a university chancellor or government minister. To be a leader in science, one must be a good scientist as well as a gifted administrator. The example of David Baltimore, who left a strong imprint in the U.S. scientific community as a researcher, policymaker, and educator, is a meaningful case study.

Baltimore first became interested in biology as a high school student, when he attended the Jackson Laboratory Summer Student Program. After graduating from the prestigious Swarthmore College, he got his Ph.D at the age of 26 in 1964, from Rockefeller University. He was already well-known by then for his keen intellect and self-possession, and was invited the next year by Renato Dulbecco (51 years old at the time), to join the Salk Institute in California. Baltimore and Dulbecco would later share the Nobel Prize in Physiology or Medicine. In 1968, MIT’s Salvador Luria (then 56 years old), who won the Nobel Prize in 1969, appointed Baltimore associate professor. The 60s’ most eminent scientists acknowledged Baltimore’s potential while he was in his 20s. In 1970, barely 2 years after arriving at MIT, Baltimore succeeded in isolating reverse transcriptase from the RSV virus, thereby shattering the “Central Dogma” that stated that coded genetic information was transferred unilaterally from DNA to RNA. 5 years after this milestone, he was awarded the Nobel Prize, at the age of 37.

Many Nobel laureates in the sciences fail to make significant inroads in the years after receiving the prize. Baltimore, however, continued to be prolific. He discovered NF-kB, which plays a crucial role in the body’s immune reactions. He isolated the RAG protein that is involved in the rearrangement of antibody genes. He also discovered the bcr-abl fusion protein that would become the basis for Glivec (imatinib), now a commercially available anticancer drug. He was unstoppably ingenious.

In 1982, he was chosen by the industrialist Edwin “Jack” Whitehead to serve as the founding director of a research institute. Based on a different model from that of previous university research centers, its establishment met with the opposition of many MIT faculty. In spite of the controversy surrounding its early years, the Whitehead Institute would become one of the nation’s top research institutes under Baltimore’s directorship. He recruited well-established scientists like Robert Weinberg, Gerald Fink, Rudolph Jaenisch, and Harvey Lodish, but also took on many young and promising scientists. Among them were the Korean-American Peter Kim, who would later become the head of research at Merck; Eric Lander, who went on to play a crucial role in the Human Genome Project; the master of human genetics David Page; and gene therapy pioneer Richard Mulligan. Baltimore was, in short, a great manager of talent and a leader.

In 1990, Baltimore was elected president of Rockefeller University. Rockefeller had been one of the topmost research universities through the 1960s, but was losing its prestige due to its conservative and hierarchical structure — a model inherited from European university culture. Baltimore’s attempts to implement reform and foster promising junior faculty encountered strong opposition from more established faculty members, who were invested in the status quo. A few years earlier, Baltimore had co-authored a scientific paper with a former colleague at MIT, Thereza Imanishi-Kari. Imanishi-Kari was embroiled in a data fabrication scandal, which the faculty at Rockefeller leveraged against Baltimore to demand his resignation. Baltimore returned to MIT as an endowed chair professor in 1994. In 1996, the US Department of Health and Human Service dismissed all charges of misconduct and data falsification against Imanishi-Kari as well as Baltimore. In 1999, President Clinton awarded Baltimore the US National Medal of Science, the most prestigious national honor for a scientist. Rockefeller University expressed its compunction by awarding him its highest honor, an Honorary Doctor of Science. Still discussed in articles, papers, and monographs, the “Baltimore Case” is widely considered a textbook example of the dangers of allowing outsiders with political agendas and no scientific expertise to interfere with and investigate the processes of scientific research.

In 1997, Baltimore began his 9-year tenure as Cal Tech’s president, the first president without a background in physics since the university’s establishment. During his tenure, Cal Tech secured more than $ 1 billion in donations, and successfully carried out the Mars Exploration Rover Mission it was developing alongside NASA’s Jet Propulsion Lab. As university president, Baltimore made significant impacts on the university community; such as purchasing a hospital, adding new buildings to the campus, increasing the number of female staff, and increasing financial aid for undergraduates.

Baltimore also played an important role in US policymaking on scientific research. At the 1975 Asilomar Conference, he openly acknowledged and discussed the potential risks of genetic engineering technology. In 1986, he co-authored the independent report Confronting AIDS and spearheaded the Human Genome Project. In 1996, he was appointed head of the AIDS Vaccine Research Committee. Today, he actively participates in the public discourse on stem cell research and CRISPR technology.

Baltimore also founded several biotech venture companies, three of which are currently publicly traded. He has served as a board member or a consultant — at times even partner — for venture capitals and major corporations like Amgen. In a word, he is a great researcher, skilled administrator, and successful entrepreneur. Such a multifaceted leader at the helm of our nation’s scientific community would be an invaluable asset in addressing the difficulties and limitations currently facing South Korea.


*The author is a professor of biological sciences at Seoul National University.