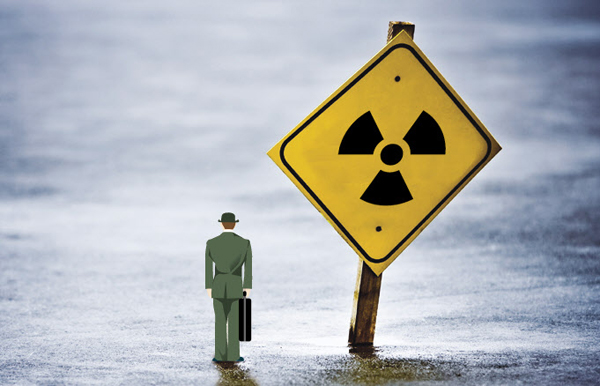 After what appears an inflection point in the region — North Korea’s back-to-back nuclear and ICBM missile tests kicking off 2016 — all seem to recognize the new level of risk, as seen in the unprecedented UN Security Council sanctions. North Korea’s impending 5th nuclear test punctuates this predicament.

This is what prompted President Park’s call to revive the Six-Party talks (minus Pyongyang). Some weeks ago Chinese Foreign Minister Wang Yi hinted at possible Beijing interest. But there is no apparent movement going forward.

What happens next in regard to North Korea is a question that should focus laser-like attention from the five major powers in Northeast Asia (U.S., China, Japan, ROK and Russia). But preparing for change on the Korean Peninsula is only the most vexing of a plethora of issues that make a compelling case for enhancing consultation and cooperation in the region.

The now moribund Six-Party talks were, despite disappointing results, an important exercise in functional multilateralism in Asia — multilateral diplomacy focused on problem-solving. The diplomatic mechanism created a useful problem-solving forum where the major powers could sort out their policies and forge consensus.

This stands in stark contrast to much of a largely process-oriented talk shops in ASEAN-centered processes that 20-years on, has been characteristic of much of Asia-Pacific multilateralism. On almost every occasion over the past two decades when there was a crisis in the region — East Timor, Burma cyclone, Tsunami — it was U.S.-led ad hoc coalitions responding rather than institutionalized forums.
President Park rightly sees the habits of consultation formed and collective action taken by the Six-Party talks, as a potentially important diplomatic tool to build on.

Predictions of the Kim dynasty’s demise have been too frequent and consistently wrong over the past two decades — at the end of the Cold War in 1991; when founder Kim Il Sung died in 1994; during years of famine in the late 1990s; when Kim Jong-il died in 2011 — to name a few periods when speculation about regime collapse was common fare. But even a broken clock is right twice a day, and eventually there will be one Korea.

If sudden change does eventually come on the Korean Peninsula it is likely to occur with little warning. The insecurity of Kim Jong-un’s regime is measured in some 70 senior figures in the government he has executed, and perhaps in Kim’s reluctance to take any foreign trips. Kim’s recent series of mostly failed missile tests may be a sign of weakness rather than strength.

Contemplating the next steps towards the missile and nuclear proliferating state alone is a demanding policy challenge. The major surrounding powers would do well to quietly discuss how to respond to contingencies related to North Korean instability — from humanitarian disasters, to instability scenarios, cooperation on managing refugee flows to China, Russia, ROK and Japan, and loose nukes, to responses to a nuclear accident, prudent planning can be an important asset. Developing common expectations and understandings could make an enormous difference in managing change when the rubber meets the road.

Beyond North Korea, there are an array of important issues that could form a robust agenda for a five-party mechanism. For starters, there are Northeast-specific environmental issues like brown smoke, maritime issues (from overfishing to piracy) and energy security issues.
In regard to energy, there have been countless plans put forward in recent years for oil and gas pipelines stretching from Russia to South Korea and Japan and ideas for building an integrated regional electricity grid that could deploy surplus Russian hydropower. But all these infrastructure projects involve going through North Korea. Thus, the enormous political risk factor has precluded serious investment.

One promising area worth exploration is that of civil nuclear cooperation. All five rely on nuclear energy for electricity; China is rapidly expanding its nuclear energy, with plans to build 40 new nuclear plants by 2020. Another rationale is that after the 4th recent 53-nation nuclear summit in Washington, there are no plans for further summits. Improving nuclear security would be a logical agenda item. That would include training operators, and sharing best practices (the U.S. and China have created a nuclear center of excellence to address such issues).

A new mechanism for nuclear cooperation in Northeast Asia could also focus on jointly monitoring radiation levels, a regional alarm system and accident response cooperation. One huge shared concern facing the nuclear industry is long-term management and storage of spent nuclear fuel which by itself is an important issue of common concern.

Europe has Euratom, and it is not difficult to envision an Asia-Pacific version, call it Pacatom, that could begin among Northeast Asian states and be open to other countries in the region acquiring nuclear power. Vietnam and Indonesia are moving in that direction.
These two baskets of issues, dealing with North Korea-related problems and Northeast Asian-specific problems, offer a compelling agenda for a prospective cooperative mechanism. All that is needed to jump-start it is leadership and political will.


*The author is a senior fellow of the Brent Scowcroft Center on International Security at the Atlantic Council. A version of this article appeared in the Diplomat. @RManning4 on Twitter.