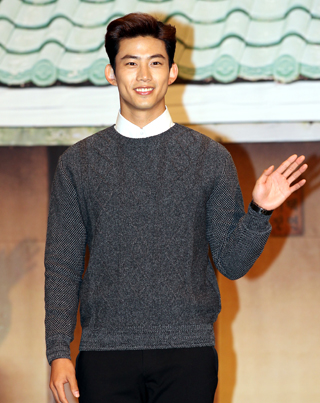 Singer-actor Taecyeon will star in a new tvN drama along with Kim So-hyun and Kwon Yul, according to sources Tuesday.

The drama, “Let’s Fight, Ghost” is a horror comedy based on a popular webtoon that has drawn as many as 700 million accumulated views online.

Taecyeon is set to play Bong-pal, who uses his supernatural powers he gained in his childhood to work as an exorcist. The actor’s female counterpart, Kim So-hyun, will play the hardworking high school student who is revived as a ghost begrudging her death the day before the college entrance exam. The two are expected to team up in the drama to exorcise evil spirits and create romance.

Kwon is set to play the charming veterinarian Joo Hye-seong with an enigmatic background and agenda.

“I am happy for making the fitting cast that will surely bring life to each character they are set to play,” the writer of the drama, Choi Gyeong-sook, said.

Taecyeon is currently participating in the concert tour of his idol group, 2PM, called “2PM Arena Tour 2016 ? Galaxy of 2PM,” in Japan.

The tvN drama will start airing in July.