Company collaboration is the key to accelerate growth, says expert

Company collaboration is the key to accelerate growth, says expert 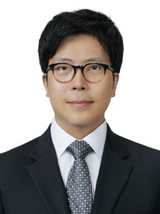 Korean financiers need to collaborate more to maximize the fruits of their initiatives in fintech and expand overseas, a start-up expert said recently.

Peter Chun, co-CEO of Entiq Asia, said in an interview with Korea JoongAng Daily last month that current fintech initiatives from major financial groups are too confined to each company which limits the start-ups’ collaboration in and outside the country.

Entiq Asia is a branch of a London-based start-up accelerator founded by Eric van der Kleij, a developer and former head of Britain’s state-run fintech acceleration center and the well-known accelerator Level39 in the U.K.

The British accelerator’s first Asia office is slated to open in Yeouido by July.

Q. Korea’s major banks and financial groups have launched their own start-up accelerating labs since last year to contribute in fostering fintech businesses and develop their own fintech services. How would you evaluate them?

A. I’m sure it must have cost a lot of money in opening the labs and hiring fintech and start-up incubating experts. However, the programs seem to be somewhat inefficient, because the programs seem to be designed to build in-house fintech businesses that only fit well with each bank’s own existing financial platform at the end of the day. So, they don’t help start-ups [pursuing] the overseas market.

Korean financiers should expand cooperation with each other.

Many global banks push two-track strategies. Many of them have their own fintech start-up accelerator labs like Korean banks do. Barclays Techstars program is famous. On the sideline, the global banks also collaborate with other competitors in developing a joint blockchain system, by forming a consortium with a fintech start-up R3. Some banks are known to be collaborating with IBM and Cisco in developing a standardized security solution.

Joint development helps reduce technology R&D costs as the fintech technologies have to keep being updated. Then, the start-ups develop technologies and services based on the standardized infrastructure and discuss collaboration with more financiers. Korean financiers, too, have to try to collaborate with each other. Collaboration boosts efficiency. Under currently existing start-up labs offered by each bank, the start-ups may also have a hard time expanding by partnering with another local or global firms in the future.

The way local financiers run fintech labs show that conventional financiers still view fintech merely as an area of “cooperation,” not as a new emerging part of finance. It’s like how manufacturing conglomerates invest in their parts suppliers to enhance product quality. I think the financiers consider fintech start-ups as suppliers that help enhance existing network or finance infrastructure to be smarter. Korean financiers should change their take about fintech.

If they really want to succeed in fintech, they should start thinking differently and be ready to make some bold moves. A Spanish bank opened a fintech R&D center in London, the fintech mecca, not to fall behind by investing nearly 1 trillion won ($863.9 million).

Korean start-ups have their own strength and are as competent as start-ups from other countries, in terms of technology and ideas, but they largely develop their business model tailored to the domestic market.

For the start-ups’ part, they should develop themselves to be able to compete on the global stage, instead of only focusing on the domestic market.

It felt bad that I’ve seen almost no Korean start-ups at many global fintech start-up demo day events, hackathons or different fintech-themed conferences, where I’ve joined as a panelist or a judge over the past five years.

What are the weaknesses in the Korean fintech environment now?

To touch on a few points, Korea is suffering with an absence of fintech experts. There are no homegrown start-up accelerators in Korea that specialize in fintech, besides the Fintech Center [at the Gyeonggi Center for the Creative Economy and Innovation].

Existing start-up assistance facilities in Korea like MARU180 and Startup Alliance Korea are actually the incubators that help develop business models with ideas and help found a corporate body.

Local fintech start-ups need accelerators that can actually connect funding and marketing networks. Branches of some foreign accelerators are in Seoul, but they’re not enough. Fintech start-ups need more help in networking and pitching. Such roles are done by the start-up CEOs themselves. They are supposed to be fully focused on R&D and business development, but they are busy doing sales.

Also, there is a serious absence of fintech experts. Most of Korean fintech start-ups are founded by IT specialists, not someone from a finance background. Without a deep finance background, most of the services and technologies are likely to end up being simple, low-tier ones that are only geared towards customer conveniences. It will be hard for them to pursue real fintech. It is the same at the government and the national assembly. They need fintech specialists who have finance backgrounds in order to develop the right regulations or policies and legislate them quickly.

How is your plan going to launch the Entiq Asia office in Seoul? Have you found many fintech start-ups to foster and present on the global stage?

We chose to open our first Asia office in Seoul because the government expressed a strong will to deregulate to foster fintech.

Last year, when we first announced the launch, we were planning to foster four to five Korean fintech start-ups in our acceleration programs. However, not many of them were interested in expanding overseas via our program and chose to focus on the domestic market. So, unlike our initial goal, we plan to open mostly with foreign fintech start-ups from countries like Singapore. That’s why our corporate body will officially be Entiq Asia, unlike our initial plan of naming it Entiq Korea.