Busan city, film fest reported to be near agreement

Busan city, film fest reported to be near agreement 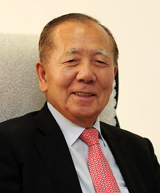 The host city and the organizers of the Busan International Film Festival (BIFF) may have found a way forward in solving their ongoing conflict, but an ultimate settlement has yet to be reached.

Yonhap News Agency reported Wednesday that former festival director Kim Dong-ho, who is currently an honorary director, has been appointed to the position of organizing committee chairman with the consensus of both sides.

Busan Mayor Suh Byung-soo and festival director Kang Soo-youn have reportedly agreed to assign Kim, who was the festival director since its foundation until 2010, to the position of organizing committee chairman, which has been vacant since Suh resigned from the post earlier this year.

Suh pledged at the time that he would hand the position over to the private sector, for the sake of protecting the festival’s independence and freedom.

Kim has been the candidate suggested by the festival since the post became empty, while the city government suggested actor Ahn Sung-gi for the position, even though Ahn had reportedly refused.

However, after news of the appointment was reported, the festival released an official statement saying that “no settlement has been made yet.”

A Busan city official also denied the report, saying that they are “currently in the process of negotiation.”

“Only a theoretical agreement has been made, which was about selecting someone approved by the film industry for the position of organizing committee chairman,” Kang said in the statement.

“We couldn’t induce an agreement about how to revise the articles of association that will assure the film festival’s autonomy in the future,” the statement added.

Also, Kang publicly apologized through the statement about the recent indictment of former festival director Lee Yong-kwan and three other high-ranking festival officials by the Busan District Prosecutors’ Office over embezzlement charges.

“Regardless of how the ruling will turn out in court, I sincerely apologize for even making such a quarrel happen,” Kang said.

“But at the same time, I feel very sorry that the prosecutor’s investigation was initiated with political intentions in mind. There were no cases of prosecuting a festival director for screening a certain movie and there were parts from the investigation results that didn’t seem convincing. … We will fight actively in the court.”

Lee, who has been directing BIFF since 2010, has been at odds with the host city since he went forward with screening the controversial documentary “The Truth Shall Not Sink With Sewol” in 2014.

The following year, Lee was prosecuted by the city for mishandling a portion of the festival’s funds and wasn’t re-appointed as the director this February.

The city’s prosecutor’s office charged Lee as well as other three senior officials with fraud and embezzlement on Tuesday. Lee has denied the charges.