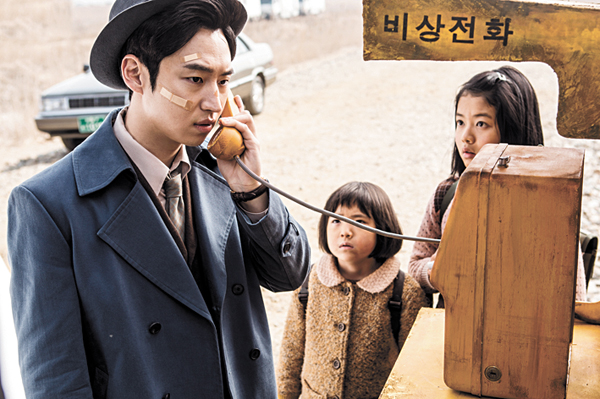 Somewhat analogous to Robin Hood, the titular character in the Korean classic “The Tale of Hong Gil-dong” is a righteous and courageous hero who confronts corrupt officials during the Joseon Dynasty.

In the film, Hong is played by Lee Je-hoon, and is quite different from the novel; he is not very righteous, cannot sympathize with others and suffers from insomnia. Moreover, he is obstinately searching for the culprit who killed his mother.

This twist given to the character is something director Jo Sung-hee wanted to portray, showing how someone with flaws can transform into an attractive person.

The backdrop of the film is almost surreal in that it is difficult to ascertain the date, though it is imbued with uniquely Korean characteristics.

The actor Lee gained popularity for the film “Architecture 101” (2012) and the recent TV series “Signal,” in which he played a criminal profiler.

What is this fluttering feeling? Everything seems new, and this beating heart is unlike anything ever experienced before. Could it be love?

Choi Do-hyun (Kim Jung-hyun) is a high school student and gymnast. He works in the school library as punishment for his troublesome behavior.

There, he meets a girl named Choi Soo-hyun (Kim Ko-woon), who is captivating and mysterious. Every day, she comes to the library to borrow books.

Gradually, they get to know each other, finding similarities in their names, going places together and beginning to feel the first sparks of love.

However, they do not know what exactly this feeling is. vRather than film the romantic scenes with an atmosphere of overwrought emotional fluff, the mood is sensibly set within the ordinary lives of these two teenagers, whose expressions are ordinary, realistic and thus all the more powerful.

Director Seo Eun-young wanted to give comfort to teenagers through the rendering of this gleeful tale, even though the characters do have their wounds.

It is a refreshing show, given that there has recently been far too much violent and aggressive portrayals of high school life on the big screen.

Despite their pain, the two protagonists try to live with a certain joie de vivre and reflect that glowing vibrancy in their affection for each other.

Interestingly, the full-length film is the very first such enterprise for all the staff members, actors and even the director. It has not been an easy task, but it has been a great success. 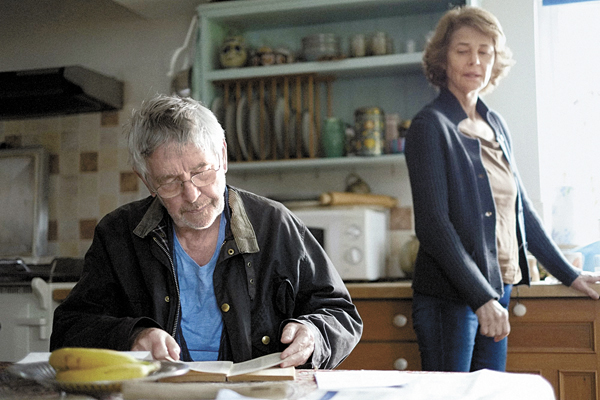 For the 45-year anniversary of their marriage, Kate (Charlotte Rampling) is preparing a romantic party. Then, her husband, Geoff Mercer (Tom Courtenay), receives a letter notifying him that the body of his first love was found in the Alps.

Geoff begins to smoke again, reminiscing about his first love. Kate feels anxious by the sudden change in her husband.

Despite their 45 years of life together as the husband and wife, and all the memories they have shared, they are still so different. And as the film progresses, this rift widens into an abyss.

The film is based on the short story “In Another Country” by David Constantine. The topic of love and faith is, in film, a tired one, but here, the filmmaker finds a way to present it in a from that is both suppressive and provocative.

The film allows moviegoers to feel the trembling relationship between a man who falters from the memory of first love and a woman who clutches blindly in the lurch.

The film took the best actor and actress honors at the 2015 Berlin International Film Festival. 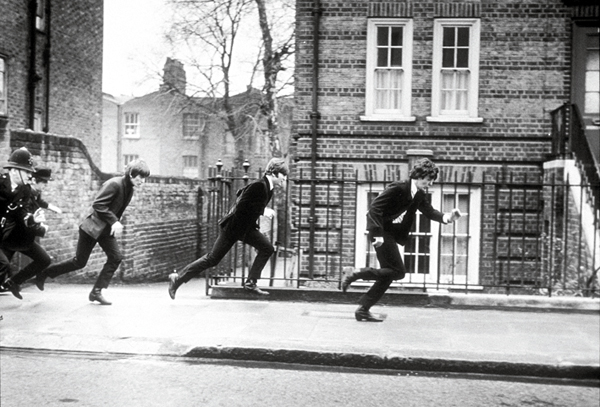 A Hard Day’s Night (All)

Moviegoers and music fans have waited a long time to see this film in Korea, as it was released 52 years ago.

The legendary Beatles - John Lennon, Paul McCartney, George Harrison and Ringo Starr - filmed their daily life during preparations for a concert in London.

With a low budget and shot in just seven weeks, the film nevertheless managed to become a massive hit with a cult following.

The film, which borrowed its title from their third album, communicates the freewheeling attitude of the group’s members while the use of cinema verite brings them to life in a way that allows fans to feel as if they are actually getting to know the Beatles.

Another interesting aspect of the film is that, through the movie, viewers have a chance to really see just how adored the Beatles truly were.

In the first scene of the movie, for example, a group of girl fans follows the band to the railway station bound for London.

And all four members have different characteristics that make the film more comical and dynamic. The vivid display of these variations makes fans reminisce about an era in which the youth of the day can readily perceive their enormous popularity. 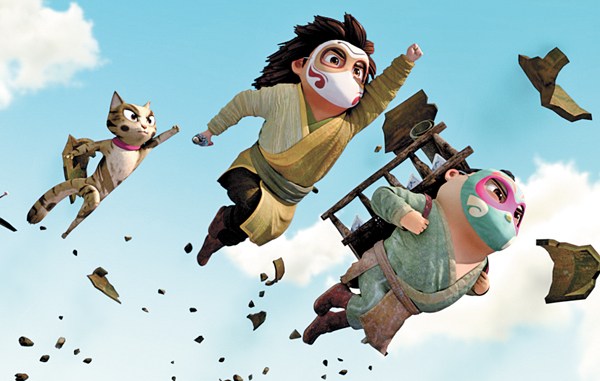 The Magic Brush (All)

Draw anything and it will be real. The magical adventure starts right now.

The magic brush has been asleep for centuries, but something has awakened it.

Will he be able to protect the brush and his village from the dastardly foe?

The film, supported by Walt Disney of China, is based on the old Chinese folktale “Ma Liang and the Magic Brush,” which is well known in Korea, too.

The Asian elements in the film are shown in the characters’ attire, names and the setting itself. Young moviegoers will no doubt be excited to see a world of such creativity and broad imagination.

The film also sends a rewarding message about the value of rewarding the good and punishing the bad, making it a valuable experience for parents as well as kids.

The “Captain America” series is back this year, and on an even larger scale.

As the subtitle “Civil War” suggests, conflict plays a major role in the latest installment, as a fight breaks out within the group of Avengers concerning whether they should submit to external control by the government.

Since accidents both large and small are continuously taking place in the aftermath of the Avengers’ activities, the government suggests a system to manage the teams’ members.

Steve Rogers, or Captain America, played by Chris Evans, wants to avoid such surveillance by the government.

But in opposition to this, Tony Stark, or Iron Man, played by Robert Downey Jr., says that he prefers to go along with the system.

However, even as they are having this internal debate, the world is in peril, threatened by yet another new enemy.

The film is a follow-up to both “Captain America: The Winter Soldier” (2014) and last year’s “Avengers: Age of Ultron,” all of which are derived from Marvel Comics characters.

An unprecedented number of Marvel heroes appear together in this film, including Ant-Man (Paul Rudd) and Spider-Man (Tom Holland), making it a treat for comic book fans.