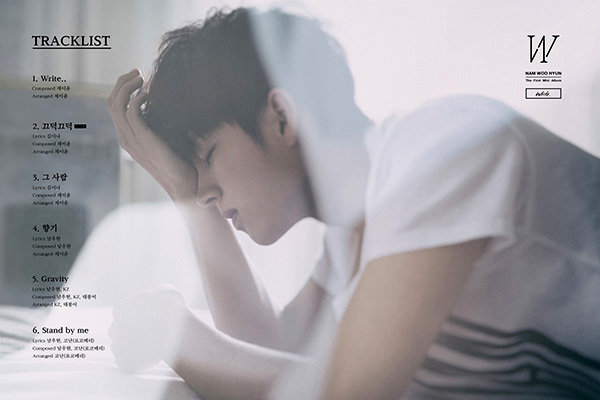 Woohyun of the K-pop boy group Infinite will release his first solo album after six years.

Woohyun’s agency, Woollim Entertainment, said Thursday that the upcoming solo album, titled “Write,” will drop on Monday and consist of six tracks, three of which he himself composed.

“Nod Nod” is reported to be a slow-tempo yet ear-grabbing ballad that tells of a man’s sorrow after parting with his loved one.

“Woohyun has been writing songs for his group, Infinite, for quite a while and has been acknowledged for his talent,” an agency representative said. “It will be interesting to see how his voice is expressed though the songs he has written.”

Woohyun will hold his first-ever solo showcase on Monday evening at a concert hall in Gwangjin District, eastern Seoul.