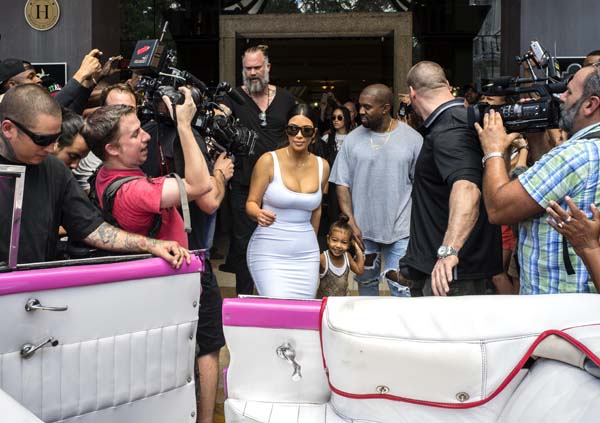 Rap superstar Kanye West, his wife Kim Kardashian and members of her reality-show-star family are the latest celebrities to visit Havana.

They stopped at the Museum of Rum on Wednesday, stepping out of a hot-pink antique American convertible as they snapped selfies and were recorded by a television crew following them around.

Cuba has seen a stream of celebrities since the declaration of detente with the U.S. in December 2014.

West and the Kardashians are some of the most famous entertainment figures to visit the island, joining a small class of ultra-famous visitors that includes the Rolling Stones. President Barack Obama came in March, Chanel debuted its 2016 “cruise” line Tuesday night and the latest installment of the multibillion-dollar “Fast and Furious” action movie franchise is filming here now.