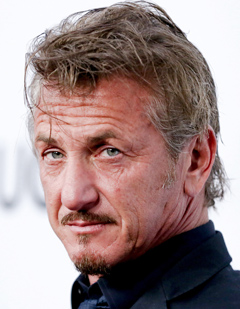 “Empire” co-creator Lee Daniels apologized to Sean Penn in a statement made public Wednesday as part of a confidential settlement in a defamation lawsuit over comments Daniels made comparing the actor to the show’s star Terrence Howard, who’s been repeatedly accused of domestic violence.

As part of the settlement, Daniels also agreed to make a donation to Penn’s charity, J/P Haitian Relief Organization, which the actor created after Haiti was devastated by an earthquake in 2010. The sum was not disclosed.

“I am so sorry that I have hurt you Sean,” Daniels said. “Domestic violence is a very serious issue. My comments were cavalier; it was not my intention to diminish the severity of the issue, but rather to express a view regarding the disparate treatment of men of color in our national conversation.”

Penn said he accepted Daniels’ “heartfelt” apology and appreciated “the sincerity with which it was delivered.”

He had sued in Manhattan civil court last fall, saying Daniels’ statements were egregious and injured Penn’s credibility and reputation personally and professionally and in his philanthropic activities. He had sought $10 million, though a jury would have to determine any damages.

Daniels’ comments came during an interview with the entertainment publication The Hollywood Reporter about the second season of “Empire.”

“That poor boy (Terrence) ain’t done nothing different than Marlon Brando or Sean Penn, and all of a sudden he’s some ... demon,” Daniels said then. “That’s a sign of time, of race, of where we are right now in America.”

Penn had been accused of violent behavior before but denied decades-old allegations that he was abusive to ex-wife Madonna when they were married in the 1980s. Madonna supported Penn in the lawsuit, filing a sworn statement in December that Penn had never been physically abusive toward her and that “any report to the contrary is completely outrageous, malicious, reckless, and false.”

Penn has won two best actor Oscars, for “Mystic River” in 2004 and “Milk” in 2009. His secret interview with Joaquin “El Chapo” Guzman while the convicted drug lord was on the lam was heavily criticized. Penn’s article was published by Rolling Stone magazine in January, a day after Guzman was recaptured by Mexican authorities following his second brazen prison escape months earlier.

Daniels was nominated for two Oscars for his work on the film “Precious” and has gone on to direct “The Paperboy” and “The Butler.” He created Fox’s hit series “Empire” with “The Butler” co-writer Danny Strong.

Howard has been forced to publicly address domestic violence allegations, including during testimony in a Los Angeles courtroom in August, when he acknowledged he struck his first wife in 2001 but denied abusing ex-wife Michelle Ghent.

Howard testified that he drove to his first wife’s Pennsylvania house after an argument and “kicked down the door and smacked her.” He said it was the “only time I’ve struck a woman” when it wasn’t self-defense.

Ghent accused Howard of abusing her on a trip to Costa Rica in 2013 and obtained a restraining order against him.