No hiding from responsibility

No hiding from responsibility 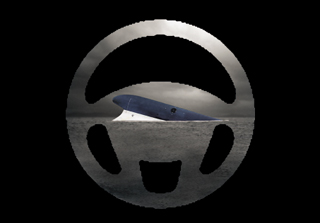 Some advice on how to cope with car accidents has been spreading recently. It sounds plausible but is mostly groundless.

First, it says a driver must never get out of the car when an accident happens. He or she must put their head on the steering wheel and sound the horn to set the mood. The driver is advised not to apologize hastily. By offering an apology, it will mean the driver will be responsible for the accident. Since when has Korean society become a place where you will suffer a loss by offering an apology?

Saying “I am sorry” never means to accept the entire responsibility or to admit the intention. When a crowded subway suddenly stops and you step on someone’s foot, you will apologize. In this case, you did cause the damage, but you never intended it, and your responsibility is not that great. Although it was unavoidable or you didn’t know it would happen, you will apologize. If you are partly responsible, the apology is about partial responsibility. Furthermore, it is an expression of empathy toward the victim’s pain. But in our society, the practice of making an apology and expressing regret has become a serious issue.

In many unfortunate cases, the government’s sense of responsibility, apology and integrity is under debate.

April 16, 2016, was the second anniversary of the Sewol ferry sinking. The tragedy still makes us feel the pain, and our eyes become teary. In our hearts, the tragedy was never closed, and a truth-finding investigation is, in fact, still ongoing. It was so tragic, and there are so many suspicions while various rumors are still spreading. But we still don’t want to believe in rumors that the government or some political forces caused the accident intentionally and impeded rescue efforts intentionally.

But some of the rumors seem to have some grounds, according to some media reports, and the episode of the SBS investigative reporting program, “Unanswered Question,” ran in time for the second anniversary of the tragedy. In fact, it sounds more convincing that the government and the responsible officials were completely ignorant and incompetent. No one knew what was going on, and no one knew the crisis response manual. They were all looking for ways to save their jobs and dodge responsibility.

Even when the ferry was sinking, the Blue House was questioning useless information and asking for photos of the accident site, and the Coast Guard was actually responding to the request at the crucial moment. In order to deliver the president’s useless order to rescue passengers, an official wasted time and only asked about the safety of the passengers after the ferry actually went under water.

Korean society has long accepted ignorance and incompetence because it values sincerity. Furthermore, our generation has failed to receive proper education during the unfortunate modernization period. Therefore, they put more priority on the fact that we did our best. Even if something went wrong, society shows generosity when they defend themselves by saying that they were not capable or they had no prior knowledge.

In contrast, society is extremely critical of people who commit mistakes by not trying enough or making errors intentionally. That is why most of the people at the hearing for the ferry’s sinking are repeating the same answers, like “I didn’t know” and “I did my best.” They insist to the victims’ families and the public, who are trying to find the true villain, that they were not responsible.

But for someone in an important position with influence over other people’s lives, ignorance and incompetence are sins. That is why only capable people can make it to the posts, and society provides broad powers and benefits to them. Because the people believe that the Blue House, the government and the Coast Guard are filled with such professional, capable people, the public is paying their salaries with tax money.

And naming capable people to the important posts is the responsibility of the person who has the right to make the appointment. If someone incapable of doing the job, despite doing all of his or her best, is sitting in the post, that is a problem of the appointer’s capability.

Although the Coast Guard was dismantled after the tragedy, only one government official faced criminal punishment. All other ignorant and incompetent officials just disappeared. There was no apology or expression of remorse that the incapable people were in their roles.
We are not demanding that more people should be punished. We are pointing out the problem because we will never be able to stop another tragedy in the future if this system stays, and we have no faith that capable, better people are now in their posts.

Politicians are talking about revisions to the special law governing the Sewol ferry sinking. In order for this revision to have any meaning, it must go beyond punishing the bad guys. It must explore a system in which ignorance and incompetence can be resolved.
As long as the government is acting like a coward, like the senseless driver who put her head on the steering wheel to avoid responsibility, our tragedy will never find an end.


*The author is a professor of psychology at Korea University.