Trump, Clinton and the peninsula

Trump, Clinton and the peninsula 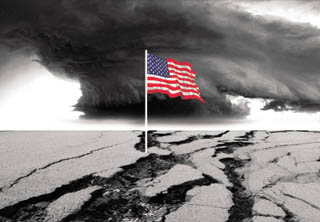 Recently, The New York Times Magazine published an interesting article titled “How Hillary Clinton Became a Hawk.” White House correspondent Mark Landler personally summarized the book he published last month. According to Landler, Clinton is a hawk to the core, and while she served as secretary of state in the first term of Barack Obama’s administration, she often had disagreements with the dovish president. From Afghanistan to Iraq to Syria to Libya, Clinton always sided with the military and supported solutions using force.
The two had disagreements when the Korean Navy corvette Cheonan sank in 2010. The National Security Council wanted to dispatch the aircraft carrier USS George Washington to the East Sea as a show of force. However, Adm. Robert Willard, the Pacific commander at the time, disagreed. As a warning to China, which backed North Korea, the aircraft carrier should be sent to the West Sea. Defense Secretary Robert Gates agreed. President Obama was in a difficult position, as even State Secretary Clinton seconded the idea. In the end, the commander-in-chief went with the initial East Sea plan, but the incident left bitter feelings between them.

According to Landler, Clinton was influenced by her father and has always had high respect for the military. Her father, Hugh Rodham, was a committed Republican and anticommunist. When she was young, Hillary aspired to be a NASA astronaut. When she graduated from Yale Law School and married Bill Clinton in 1975, she considered joining the Marines. As a New York senator, she was a member of the Senate Armed Services Committee. “Her affinity for the armed forces is rooted in a lifelong belief that the calculated use of military power is vital to defending national interests,” Landler wrote. Clinton believes that military force should always be considered as a realistic option.
I was reminded of this article as I listened to a speech by Wendy Sherman, a former North Korea policy coordinator, in Washington last week. Sherman served as the undersecretary of state for political affairs and negotiated a nuclear deal with Iran. On the North Korean nuclear issue, she made surprisingly hawkish remarks. At the forum jointly hosted by the JoongAng Ilbo and the Center for Strategic and International Studies, she said, “The level of sanctions required to force North Korea to seek to negotiate a denuclearization agreement would need to be so severe that the regime would believe they could trigger a near-term collapse or a coup.”

Sherman did not forget to mention that all measures, such as shows of force, joint military exercises, missile defense and a focus on human rights, need to be used to pressure North Korea. If Pyongyang still does not give up its nuclear program, a collapse or a coup is a matter of time, and the United States needs to work with Korea, China, Japan and Russia to discuss specific plans. She argued that the North Korean regime is bound to fall in the near future if the international community applies severe sanctions and pressure.

The first person that Clinton considered to oversee foreign policy and security in her campaign was James Steinberg, the dean of Syracuse University’s Maxwell School of Citizenship and Public Affairs and a former deputy secretary of state during her husband’s administration. However, Clinton eventually chose Sherman over Steinberg. If Clinton is elected president, there are rumors that Kurt Campbell, a former assistant secretary of state for East Asian and Pacific affairs, is likely to be appointed as state secretary.

But those familiar with the election camp say Sherman is the priority choice. The hard-line position that Sherman has taken on North Korean affairs, which is unusual for her, suggests that she was adjusting to the hawkish stance of Clinton.

Of course, there is no guarantee that Clinton will be elected as the next president of the United States. The unexpected popularity of Donald Trump may continue. If Trump’s materialism influences “business diplomacy” or his “America First” policy is realized, the post-World War II America-centered international political and economic order would fall into chaos. The foundation of the Korea-U.S. alliance will also be shaken, and Korea’s nuclear armament may gain traction. While we need to be prepared for such situations, we should not give up our belief in common sense. Even when democracy in America is in crisis, the possibility of an unfit candidate like Trump becoming president is slim.

Rather, we need to be prepared for Clinton’s hawkish North Korea policy. It would be nice if a hard-line North Korea policy brings down the Pyongyang regime and solves the nuclear problem. But the last 25 years of struggle with North Korean nuclear tension has shown us that such hopes are futile. It is worrisome that spending valuable time on sanctions and pressure may end up with the “moment of truth,” that Korea and the United States are directly faced with a nuclear threat.

If Trump is an earthquake, Clinton is a storm. Either way, Korea is faced with a serious challenge. We must take initiative. Seoul should propose a bold, creative and pragmatic “Korean alternative” to the next administration of the United States. But do we have such a plan?