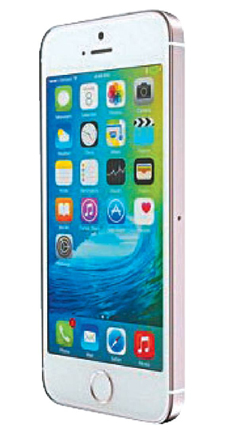 The iPhone SE, Apple’s cheapest smartphone ever, went on sale Tuesday through all three of the country’s mobile service operators.

Prospective buyers may choose between two options to earn discounts.

One is receiving subsidies offered by carriers, meaning the initial device purchase price is slashed.

Given that the subsidies aren’t very large, many customers are expected to choose the other option of receiving a 20 percent discount on monthly subscription fees over one or two years

For instance, subscribers to a 110,000 won monthly plan for two years, including value-added tax, will save an accumulated 528,000 won, almost four times the largest subsidy offered. The situation with cheaper monthly plans is similar.

But questions linger over whether this iteration of the iPhone will catch on in Korea, where people can buy the latest premium phones from Samsung Electronics and LG Electronics - the Galaxy S7 and the G5 - by paying less than 200,000 won more.

But Apple obviously still has cachet, even for its smaller and cheapest phone. All preorders for the iPhone SE, which started on March 28, have been sold out, though carriers limited the number because they had a hard time predicting demand.

“We don’t expect the iPhone SE to be in huge demand,” a spokesman for one of the three mobile operators said. “Our major target is Apple fans.”