ChildFund teaches adults how to behave

ChildFund teaches adults how to behave 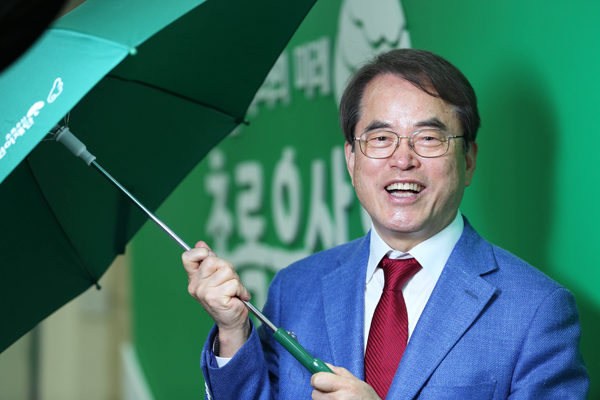 This day is actually Children’s Day in Korea, but the group unofficially renamed it Kidult Day to encourage grown-ups to be exemplary models for children. As part of the initiative, the fund has continued a children’s character education program jointly with the JoongAng Ilbo since 2013, and this year it launched a parents’ education program.

A. Many parents in Korea consider May 5th, Children’s Day, just as a once-in-a-year day when they just take their children to amusement parks and buy them gifts. It’s good to do things for your children that you couldn’t have done on usual days, but it shouldn’t be the end.
“Kidult” is a compound of “kid” and “adult.” It not only refers to adults who search for things that bring back their childhood memories, but also means that the adults can be real grown-ups. I hope May 5th becomes a day when adults appreciate children and think about whether they’re living a life that children can model.


In what ways should adults change?

Unlike in the past, adults should do more than simply offer better economic or health conditions to children. Recently, the number of endangered children has increased due to mental stress from issues like the breakdown of families and child abuse. Adults are standing at the very core of these issues. Many adults nowadays seem to be immature and turn out to be parents who can’t play appropriate role as parents. They must change themselves first, instead of blaming children or having a negative impact on them.


ChildFund has been running a personality education program for parents since last year.

Yes. Thirty-seven expert lecturers have taught parents at the fund’s branches in 14 regions nationwide. Personality education done by parents should not be merely telling children what to do. The parents themselves should show what to do by behaving themselves and maintaining close relationship with the children. I would say the personality education of children is impossible if the parents don’t themselves behave as children’s models. Starting at the beginning of this year, we’ve launched a new program in which parents and their children sit together and learn how to behave at a dining table.


What has led the ChildFund to begin personality education?

Our goal is to create a world where children can be happy. We’ve so far worked on helping ailing children get access to medical treatments and hungry children get access to meals. However, offering help regarding immediate problems should not be the end of our initiatives, especially if we are to tackle the fundamental problems in children’s lives. I thought we should contribute to recovering the value of community, which our society has missed while working on economic development. Such changes should begin with families. Then, the entire society should change to become children-friendly.


Please give us an example of ChildFund’s community recovery project.

Since 2012, the fund and residents at Guryongpo community in Pohang, North Gyeongsang, have joined hands to form an education community.

The Chinese restaurant owners donated dishes of jjajangmyeon (steamed noodles in a black bean paste), and bathhouse owners offered free baths for children. As the residents donated what they had, a community formed where children in the region could play and learn together. Like the old saying goes, “It takes a village to raise a child.” The Guryongpo children got happier after the adults jointly offered what they could afford.

Following the success at Guryongpo, the fund has operated the same program at Uijeongbu, Gyeonggi, and Tongyeong, South Gyeongsang, since 2014.

The government so far has invested a cumulative budget of nearly 150 trillion won [$128 billion] over the past few years, but there hasn’t been much tangible change. Maternity allowances can be a significant factor to urge new births, but creating a society where couples want to have babies should come first. Instead of those so-called “outside-in” policies that encourage couples to give birth with financial and policy assistance, Korean society needs the “inside-out” policies that can move couples’ to voluntarily desire having babies.


Do you mean that Korean society should change in order to get couples to have more babies?

Right. A recent survey done by ChildFund of some 300 parents,rated Korean society to be only 46.4 out of 100 points. The survey participants said that the economic slump was the top reason that first popped up in their minds when they thought about Korea, followed by Hell Joseon—a newly coined term referring to how tough life in Korea is—and then corruption.

Who would want to have children in such a country? The fundamental solution in tackling the low birth rate problem is to change the society so that adults in this country have the impression that their children will live a happy life.


The government has stressed the significance of the low birth rate issue, but it hasn’t allocated enough money to the problem.

The children welfare budget per gross domestic product (GDP) only stands at 0.8 percent in Korea as of 2009, which is a lot lower than the Organization for Economic Cooperation and Development (OECD), which averages 2.3 percent. The United Nations has continuously encouraged the Korean government to spend more on children’s welfare, but the level has almost remained the same.

The overall welfare budget is largely concentrated towards senior welfare policies, considering the voting power of the older generations. Although children can’t vote now, the government should boost its spending on them as a means of investing in future. Then, the low birth rate issue will be solved.

ChildFund Korea was mostly used to focus on domestic projects in the past, but recently started working on projects abroad.

I’ve kept raising the portion of overseas projects that we handle ever since taking office in 2010. That portion now reaches about 15 percent, and we plan to bring it up to 30 percent in the coming five years.

Of our total 360,000 regular donators, about 100,000 make contributions to the fund’s overseas projects. This shows how people’s awareness of citizenship has changed over time, now thinking that Koreans should give back to the global community as they got foreign aid in the past. I also agree with the idea that we should now do more to live up to the position of Korea in the global society.


Not many Koreans are not aware of the fund’s overseas projects.

We’re keep expanding our projects abroad by affiliating with foundations on children issues in 12 countries, including the United States and Germany. We’re working on forming a community to open schools and teach some 25,000 children in about 21 countries including South Sudan. Unlike other transnational non-governmental organizations (NGO), it is meaningful that ChildFund Korea is doing overseas projects as a homegrown group. I’m proud that the role Korea has in the international community has gotten larger.


You were appointed chairman of Korea NGO Council for Cooperation with North Korea back in February. What’s your role there?

ChildFund Korea has helped children in North Korea for the past 16 years, with campaigns to send underwear that will keep children warm and opening bread factories to help feed them. At the council, I’ll keep finding ways that will help North Korean children and residents there, even as the inter-Korean relationship has frozen.