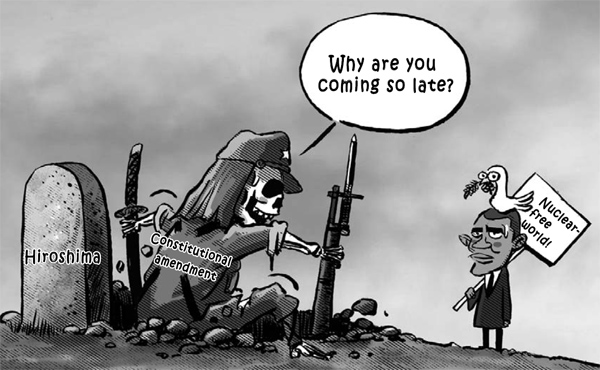 Japan welcomes U.S. President Barack Obama’s visit to Hiroshima, scheduled for May 27, to express his vision for a world without nuclear weapons. Japan will most likely regard it as an apology for the atomic bombings of Hiroshima and Nagasaki, as the country moves toward being a “normal country” capable of war.