C-Festival proves to be a spectacular triumph

C-Festival proves to be a spectacular triumph 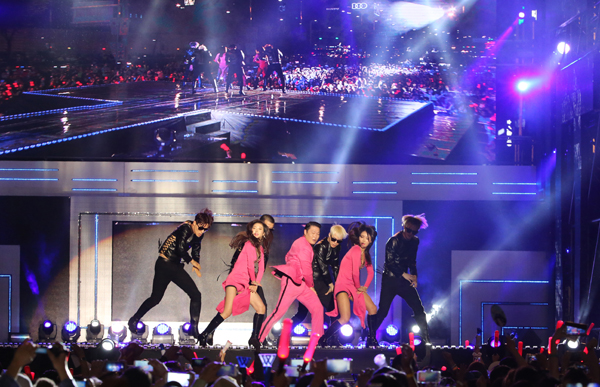 Korean singer Psy performs at the C-Festival, which was held at COEX, southern Seoul on Sunday. This year’s festival lasted for five days from May 4 to May 8. [CHOI JUNG-DONG]

The five-day C-Festival at COEX, in southern Seoul last week had an estimated economic impact of over 160 billion won ($136.8 million), according to a report on Wednesday from the Korea Industrial Development Institute (KID), a local think tank.

“The C-Festival this year helped revitalize the local economy and the meetings, incentives, conferences and exhibitions (MICE) industry,” said the KID report.

COEX, short for Convention Exhibition, is the convention arm of the Korea International Trade Association and aspires to make MICE its growth engine. The success this year is largely attributable to the fact that the government unexpectedly designated Friday a temporary public holiday, and also because many Chinese and Japanese tourists traveled to Korea to spend their concurrent holidays in Seoul.