Triumphant return to the drama scene

Triumphant return to the drama scene 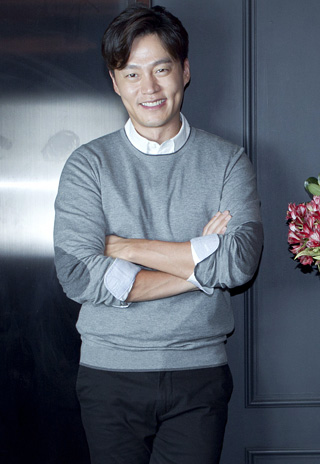 
In the recently finished drama “Marriage Contract,” actor Lee Seo-jin seemed so natural, it was as if all the lines and situations he acted in were already part of his life.

His acting was one of the major factors that made the MBC drama so popular, and it ended with a viewership rating of 22.4 percent for its final episode, which aired at the end of last month.

The drama was generating buzz even before it started because the 45-year-old actor was to pair up on screen with U-ie, a member of the K-pop girl group After School, despite their 17-year age difference.

Despite the doubts and worries, their performance together created great harmony on screen and captured the imagination of viewers. In the drama, a rich but obnoxious man and a mother diagnosed with a brain tumor fall in love.

The return of Lee to the drama scene was especially welcome because he took a break from dramas in recent years and took part in the tvN reality show “Three Meals a Day.”

After “Marriage Contract” came to a close, Ilgan Sports, an affiliate of the Korea JoongAng Daily, met with the actor to talk about his take on the drama and his ideas on romance.

Q. Did you like doing a drama over the entertainment shows you did before?

A. I never thought I was a [good fit for comical shows]. Even if I were to go there, we didn’t have any script, and the cameras were rolling to film me as if they were filming a documentary. But away from that, I have had a thirst for acting. Since romantic dramas have been popular, I wanted to do a tragic, romantic drama.

Did you sympathize with the character you played?

Now I can say this. I originally wanted to reject the offer because I thought the role didn’t suit me. Then the writer suggested having a meeting so that we could share ideas about [the script]. I said the character I’m supposed to play is too nice. And thankfully, the writer changed the character to someone who does things more on his own terms. So it became much easier for me to play.

I used to say that I didn’t want the drama to try to make the audience cry on purpose. Throughout the drama, the audience has already gotten the chance to learn that the female lead will die, so I wanted the drama not to reveal the [obvious] death and keep the end more open [for interpretation.]

How did you like working with your counterpart, U-ie?

I heard that many actresses rejected the role. It is complicated work to play a mother who will die soon.

Personally, I thought it would be good to have some aspiring actress play the role, as a good way to build up her career. When the production staff suggested U-ie, I met with her, and she was really cheerful and bright. I knew that she would do well.

What’s your take on being in a relationship or marriage in real life?

It flips often. Sometimes, I feel comfortable being alone, but other times, I wish I had someone. Sometimes, I’m scared to be in a relationship, and sometimes, I remember moments when I was in a relationship and think I may have forgotten such a feeling for some time. But I don’t know if I can do it this year because I will be busy (laughs).

Who do you want to date?

As always, I want someone bright and positive. Looks and age are not anything important.

You’re going to do another reality show. Does it feel burdensome?

Of course, I said no before. I said I just don’t know how to do it. But the staff really put their hearts into asking me. So I agreed to be on it, and it’s fun. I was worried if I went on an entertainment show that people would see me as someone funny, someone easy. But after I took part in shows, things are different. [The audience] knows I won’t be doing this forever.

Are you worried about being forgotten?

But then I went to China for a movie shoot and stayed there for a few months, and all the stories on me disappeared. I felt weird seeing the change. And later, I realized that I needed to accept this so that I can survive.