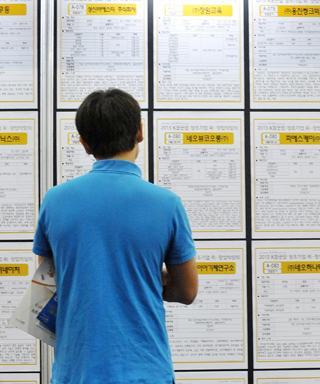 There were concerns that reducing the number of working days could negatively impact exports. However, the government must have thought that production rates were already low due to slow sales, and stimulating consumer psychology would be more positive for the economy.

It may have been a good option considering the pros and cons. But regardless of the calculation, we must address the relative sense of deprivation.

An export-oriented company had to have all employees to work on the temporary holiday in order to meet order deadlines. Thanks to good operational profit and sales, the company could provide holiday pay. The president said, “I don’t mind giving extra holiday pay, but it is upsetting that the employees cannot take the day off when other people are not working.”

But workers at many other small and medium-sized companies had to work without holiday pay on May 6. And the owners and managers who made them work also felt sorry.

There is no way of knowing how many employees were excluded from the golden holiday weekend. The Korea Federation of Small and Medium Businesses conducted a survey on the temporary holiday work schedule at 350 medium-sized companies in late April. The survey showed that only 36.9 percent of the companies planned to take the holiday, while 50.3 percent responded that stopping operations for a day would affect production and sales and 34 percent said that the holiday was announced too suddenly, and they could not adjust their production schedules.

When temporary holidays are discussed, there are concerns for small and medium-businesses. However, the designation was announced so suddenly, only about 10 days in advance, that there was no proper discussion.

Korea Venture Business Association Chairman Chung Joon said that young jobseekers favor large corporations. “They are reluctant to apply to small and medium companies because of the salary level, lack of vision for the future and poor working conditions. They cannot be blamed. The government needs to offer realistic plans for the small and mid-sized businesses.”