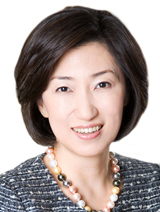 Hanjin Shipping’s former chairwoman, Choi Eun-young, who is suspected of having sold off shares of the financially-troubled company to avoid losses as it filed for debt restructuring, was booked by Seoul prosecutors on Wednesday.

The Seoul Southern District Prosecutors’ Office conducted a raid and search on Wednesday of seven locations including Choi’s office in Yeouido, Seoul, and her residence, after the case was passed by the Financial Supervisory Service (FSS).

She and two of her daughters became embroiled in an illegal stock transaction controversy after they sold all their shares of the company from April 6 to April 20.

This happened two days before Hanjin Shipping, Korea’s largest shipper, applied for creditor-led debt restructuring, leading to a plunge in its shares. They were subsequently accused of insider trading.

The Financial Supervisory Service launched an investigation last month into whether Choi and her two daughters, who are 28 years old and 30 years old, sold their combined 967,927 shares, or 0.39 percent, after acquiring knowledge in advance of Chairman Cho Yang-ho giving up control of the affiliate.

Shares of Hanjin Shipping plunged from 3,200 won at the beginning of last month to around 1,800 won.

Choi’s family is estimated to have avoided about 1 billion won in losses by offloading their shares.

The prosecution said that it has not set a date to summon Choi yet and that it will work on proving if she and her family had used undisclosed information.

Under the Securities and Exchange Act, those found guilty of making profits between 500 million and 5 billion won made through the use of information not made public can face over three years in prison.

Choi’s representatives, however, denied the accusations and claimed that the shares were sold “in order to pay back loans.”