Rotary convention will bring 25,000 to Korea

Rotary convention will bring 25,000 to Korea 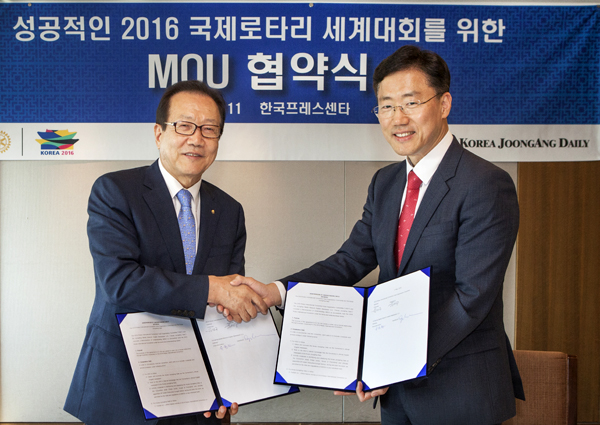 From May 28 to June 1, Rotary International will host its 107th annual convention in the Korea International Exhibition and Convention Center (Kintex) in Goyang, Gyeonggi. As many as 50,000 Rotary club members are expected to gather in Korea for the five-day event, half of whom are flying in from abroad. They will share ideas on fostering peace, volunteering, community outreach, leadership and communications.

“To promote peace - that is the united cause bringing together the 50,000 community leaders in one place,” said Yun Sang-koo, chair of the 2016 Rotary International Convention Host Organization Committee (HOC).

“I don’t only mean peace as related to conflicts or wars, but peace in the sense of getting an education, being free from disease, having clean water to drink, and peace from oppression and starvation.” 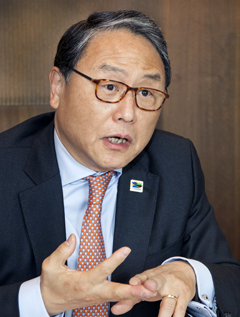 The largest Rotary International convention to date was hosted in Osaka, Japan, in 2004, with some 45,000 participants, according to the HOC chair.

Rotary International boasts 1.2 million members in more than 200 countries. The members meet weekly, and each club organizes a community outreach project. One such project, PolioPlus, which began in 1985 and was supported by the World Health Organization, Unicef and the U.S. Centers for Disease Control and Prevention, is nearing its goal of exterminating polio worldwide, having reduced polio by 99.9 percent, according to Rotary International.

Korea, with 1,616 clubs and some 62,000 members, has the fourth-largest number of members in the world, and ranks third highest in terms of members’ contributions to the organization.

The convention will kick off on the morning of May 28 with a 3-kilometer (2-mile) peace walk from Seoul Plaza to Gwanghwamun Square, where a crowd of 5,000 is expected, including more than 1,000 international participants from 80 countries clad in traditional dress.

Rotary International President K.R. Ravindran and Seoul Mayor Park Won-soon will speak at the opening ceremony, which will be open to the public.

“But I seek everyone’s understanding that the complete convention and its workshops cannot be open to everyone, as each member is paying to participate, including a $440 registration fee and flights and accommodation, out of their own pockets,” Yun added.

Under the theme “Connect with Korea-Touch the World,” participants can expect to experience everything “smart” and “techie” about Korea. From the moment they land at the airport, convention volunteers composed of Rotary club members, police and Korea Tourism Organization (KTO) staff will welcome participants.

More than 7,000 hotels have been reserved, and as many as 1,500 buses will shuttle participants between Goyang and Seoul, where nighttime entertainment and concerts have been planned by the HOC, including another gallop dance with Psy.

During the day, as many as 100 workshops on topics ranging from poverty to Korean unification will be held. When participants enter the workshop rooms in the Kintex building, they will automatically be registered in a lucky draw, thanks to a magnetic chip in their name tags. The prizes include 5,000 Samsung Galaxy Tab 3 devices sponsored by mobile carrier LG U+.

Participants can opt to enroll in one of 25 tours offered by the KTO before, after or during the convention. The KTO and HOC expect the convention will inject as much as 292.5 billion won ($250.2 million) into the local economy.

The Korea JoongAng Daily signed a memorandum of understanding with the HOC on Wednesday as the official English newspaper covering the 2016 Rotary International Seoul Convention.

“There is magic to being a Rotarian,” Yun said. “You can do things you never thought possible before - together!”