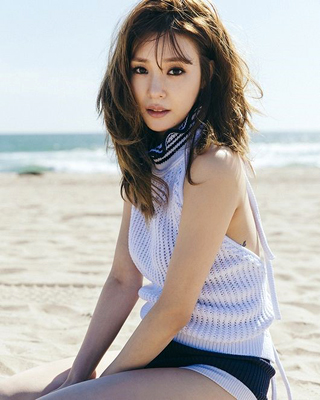 Tiffany, a member of the K-pop group Girls’ Generation, has topped iTunes charts around the world with her new solo album.

The singer’s dominance did not stop there. The album ranked in the top 10 in many European countries and countries in South America.

Tiffany held a first onstage performance of the title song, “I Just Wanna Dance,” and the song “Talk” on the show “M Countdown” on Thursday.

Tiffany debuted in the K-pop scene in 2007 as a member of Girls’ Generation.