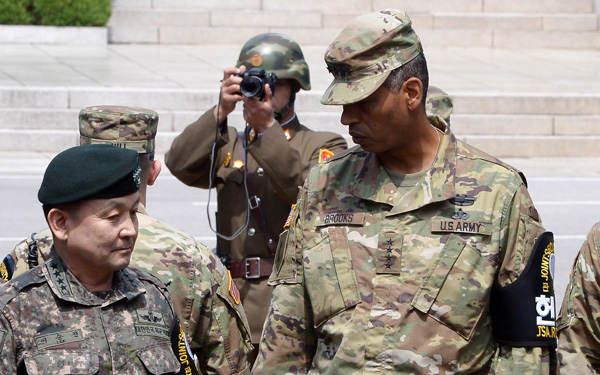 Army General Vincent K. Brooks, right, new commander of the U.S. Forces Korea, as well as the UN Command and Korea-U.S. Combined Forces Command, discusses the truce village between South and North Korea with Army General Lee Sun-jin, left, chairman of the South Korean Joint Chiefs of Staff, on Thursday at Panmunjom while a North Korean soldier snaps a photo from behind. [NEWSIS]