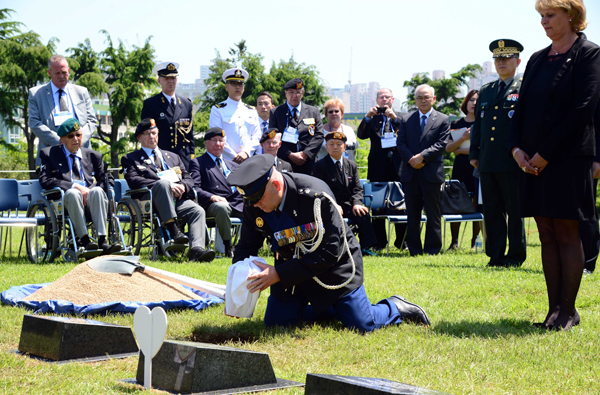 The son of Nicolas Frans Wessels, a private first class from the Netherlands who fought in the 1950-53 Korean War as part of the UN forces, buries his father’s remains on Thursday at the UN Memorial Cemetery in Busan. Wessels died in April 2015 and his family brought his cremated remains to Korea. He became the fourth UN vet to be individually buried at the cemetery. [NEWSIS]