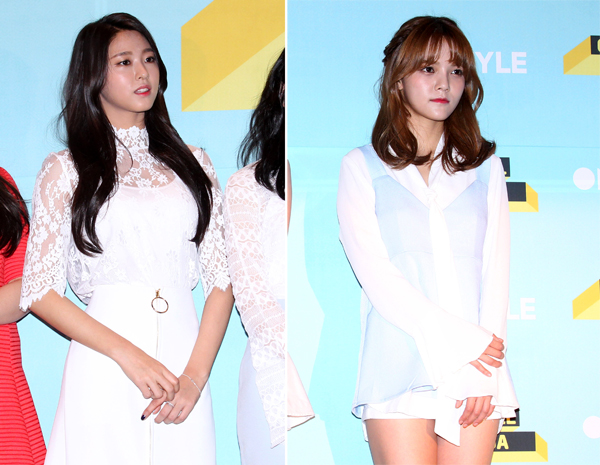 K-pop girl group AOA has expressed their contrition over a recent controversy.

Two members of the group, Seolhyun and Jimin, on Thursday’s episode of the entertainment show “Channel AOA” issued a public apology for their lack of historical awareness that they had displayed on the May 3 episode of the same show.

On the episode, where the two members had to name Korean historical figures based on their pictures, not only were Seolhyun and Jimin unable to answer, they also responded to the questions in an inappropriately humorous manner, sparking backlash from fans and the media.

The controversy led to all kinds of debates, including whether young people are receiving adequate historical education these days.
The problem began when a photo of Ahn Jung-geun was shown. Ahn was one of the most well-known Korean independence activists during the colonial era (1910-45), who assassinated the Japanese resident-general, Ito Hirobumi.

“We sincerely apologize to whom our lack of historical awareness came across as derogatory,” Jimin said.

“As a citizen of this country, we are contrite for neglecting the surrounding historical magnitude,” Seolhyun said. “We have shamed ourselves and are extremely sorry for making the audience uncomfortable.”

The girl group is set to make a comeback on Monday with the album “Good Luck.”