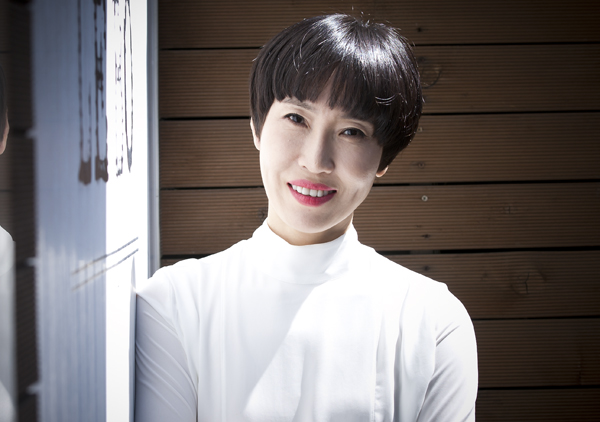 Novelist Jeong You-jeong is a unique figure in the Korean literary scene who has fans waiting for her new book to come out.

It seems she is getting ready to soon breathe a breath of fresh air into bookshelves across Korea, which are so often filled with novels written by foreign writers - Swedish writer Fredrik Backman, Japanese writer Haruki Murakami and French writer Bernard Werber are among the most popular authors in Korea nowadays.

With expectations of her soaring, Jeong is back with a new novel, “The Origin of Species.”

The novel delves into the psychotic thoughts of the protagonist, Yoo-jin. The novel is armed with the strengths her novels always have: solid sentences and a meticulous plot that keeps readers absorbed even when the culprit is already revealed.

With this potential new megahit novel, the market is responding at a fast pace. The book is being released today, but it has been available for preorder, and as of Friday it ranked third in terms of overall weekly sales on Kyobo Book Centre’s list. Similarly, it ranked first in weekly sales for the bookseller Aladin and fourth on Yes24 for the same category.

In other words, excitement for the new book has been driving preorder sales, moving it up the charts even before its release. The JoongAng Ilbo interviewed her via telephone and asked about her new book. 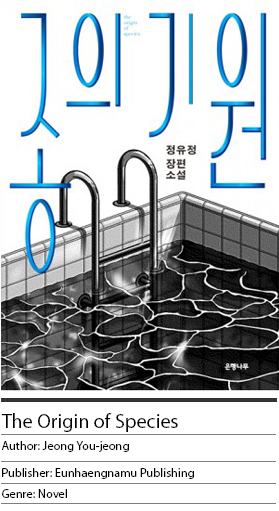 Q. You seem to have become a major figure in literature, judging from the fact that your 2011 novel “A Night of Seven Years” sold over 400,000 copies in Korea. How do you feel about that?

A. I am quite puzzled. There are readers who wait for my novels. I usually release new books in two-year increments, but this novel is being released after three years. Some readers have been asking me when my new novel will be released.

How did you study the internal thoughts of psychopaths?

In order to write about a psychopath realistically, I thought that I myself would have to view the world from her own perspective. Thus, I read books regarding schizophrenia, psychopathology, the theory of evolution and evolutionary psychology.

As I wrote in the beginning of my book, “The Murderer Next Door: Why the Mind Is Designed to Kill” (2005), written by David Buss, became a great help to me.

I met renowned experts such as a profiler and a psychiatrist. I often exhausted them [as I asked a lot of questions]. Even then, it wasn’t easy to write on this area, so I rewrote the novel three times.

Most of all, it was difficult to destroy my own ethical and moral standards. This is why it took one more year to complete.

While reading through the book, it seems like the protagonist stays between the boundaries of normality and abnormality. Why did you choose this character who has great hostility toward others, a psychopath who sometimes seems like she is normal? Is that related to the title of the novel?

Psychopaths can be classified when their brains are analyzed through magnetic resonance imaging, as they clearly differ from normal human brains, [and that relates to the title]. However, I could feel the temperature of Yoo-jin, and since then, I could write on despite difficulties.

I started having curiosity about the existence of evil when I came across news about a Korean student who studied in the United States killing his parents, which occurred 20 years ago.

However, Yoo-jin is not absolutely evil. Everyone has their own evil on the inside. Psychopaths are probably those who have a stronger evil self than normal people. When put onto a color spectrum, normal people, including me, are gray while they may as well be dark gray.

What’s important is that we face such differences.