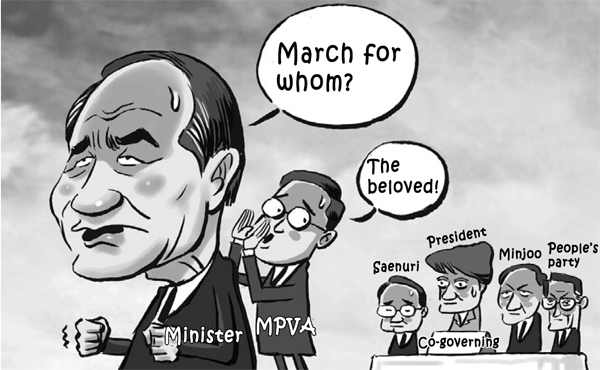 President Park Geun-hye instructed officials to find a way to address the government ban on singing the dissident song “March for the Beloved” — composed in memory of the victims of the May 18, 1980, Gwangju democratic uprising and massacre — after meeting with opposition leaders. Park Sung-choon, former Army general and now head of the Ministry of Partriots and Veterans Affairs, banned the song in public ceremonies as he believes “the beloved” implies North Korean leader Kim Il Sung for some dissident groups. [PARK YONG-SEOK]