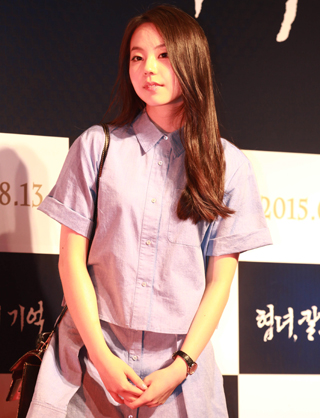 The actress Sohee, formerly of the K-pop girl group Wonder Girls, will star in the new tvN drama “Entourage.”

A tvN official announced Sunday the actress is set to play the first love of Cha Young-bin, played by Seo Kang-jun.

“Entourage” is Sohee’s first drama after a year-long hiatus since appearing in tvN’s “Heart to Heart.”

“Entourage” is a remake of the American drama of same title that ran for eight seasons from 2004 to 2011. Co-starring Lee Kwang-soo and Cho Jin-woong, the drama will revolve around the lives of celebrities. Cho will portray the head of a management agency while Lee is set to play Cha Joon, an actor past his prime.

Shooting is scheduled to kick off at the end of this month. The production company is pushing for the drama to air in other countries as well.