Low births due to ‘me first’ society

Low births due to ‘me first’ society 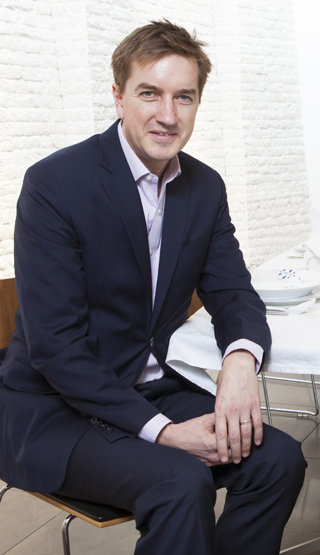 Denmark and Korea have similar problems with low fertility because of a “me first” society where young couples put off having children until they are financially secure, the top Danish diplomat says.

Thomas Lehmann, Denmark’s ambassador to Korea, said, “You want to build up your professional career first, you want to have an education, you want to get settled as a family - and when you have this kind of security, then you start talking about having a family. And for many, that is too late in life.”

Lehmann was giving his opinion in an interview with the Korea JoongAng Daily and JoongAng Ilbo on the sidelines of the 10th Korea Economic Forum at the Westin Chosun Hotel on Thursday.

Despite a strong welfare system and an infrastructure conducive to raising children, Denmark has one of the lowest birth rates in Europe at 1.7 children per family. This is higher than Korea, which consistently has had one of the lowest fertility rates out of Organization for Economic Cooperation and Development (OECD) nations, with 1.3 births per family last year.

The top Danish envoy added, “I think both in Denmark and Korea, we have become a more ‘me first’ society and a much more individually focused society.

“That is why it’s important for governments to look at what sort of incentives you can offer to make it easier for families to decide to have children.”

He said Denmark has a “very generous welfare system” that already offers childcare facilities, child care benefits, subsidies for households with children, tax breaks for housing, as well as good conditions for both maternity and paternity leave.

Korea’s low birthrate also has been attributed to many factors, including delayed marriages, partly due to the difficulty finding employment and the high cost of housing.

“We have a very good package already,” Lehmann said. “Maybe in our country it’s more about fine-tuning these incentives” and also “informing the public about the necessities of having children and what kind of benefits and options are available”.

“At the end of the day, it’s an individual choice,” he said, “but the consequences of not having enough children and having an increase in the aging population in the long run is very serious for the country and the economy.”

The ambassador and his wife have a one-year-old daughter, Sofie, who was born in Korea. Lehmann said that mothers in both countries are “extremely dedicated to raising their child in the very best way.”

But he added, “I think the difference between Korean and Danish moms is that after giving birth and having maternity leave, in Denmark, most Danish moms return to the labor market, and you don’t have that same tendency in Korea.”

Lehmann said that in Demark, “it is fully compatible for a woman to have a family, to raise a family and at the same time pursue a professional career.” This is in part because of a good childcare support system which enables women to get back into the labor market.

Lehmann also shared to the secret to Denmark being ranked the happiest country in the world by the Sustainable Development Solutions Network, an advisory group for the United Nations. Korea ranked 58 in the most recent World Happiness Report released in March, sliding down 11 notches from the previous year.

“I think the fact that we in Demark have a generous welfare system offering free education, free healthcare service, high unemployment benefits, good pension schemes - it basically means that people don’t have to worry; they don’t have to feel insecure if you grow old, if you lose your job, if you get a family,” he said. “There is a security net, and there’s a system that assists you. So you don’t have to feel stressed.”

He added in Denmark, there is also a “very high degree of trust” in people and toward authorities. People feel “involved in political decisions,” he said, and “they have influence in their lives.”

He emphasized the importance of having a life-work balance, as well as spending time with friends and family, which he said was also “a way to try to encourage young couples to have children.” This includes enabling flexible work hours which makes people “relaxed and happy.”

“It’s no secret that our welfare system comes with a price tag, and that tax rates in Denmark are significantly higher than you have in some other countries,” he said. “But if you ask Danes are they unhappy about paying taxes, I think the most general answer you will get is, no. Because they know that they get what they pay for, which is actually a great variety of different kinds of benefits and security in their life.”

Denmark and Korea has been cooperating in a number of areas, including combatting global climate change and cultural exchanges.

Later this year, Seoul and Copenhagen will exchange cultural symbols to mark the cooperation between the two cities.

Lehmann also mentioned the much anticipated Legoland Korea which is set to open in Chuncheon in Gangwon Province in 2018.

“It will be built on an island in the middle of a beautiful lake surrounded by mountains,” he said. “I’m also looking very much forward to that, especially taking my daughter. At that time, I believe she would have a long experience playing with Lego. Lego is one of the best selling toys in Korea, and in that sense we have the same approach, or the same understanding, that playing should not only be fun but also that through playing you can get other benefits, like activating your creativity, using your imagination, and innovation.”