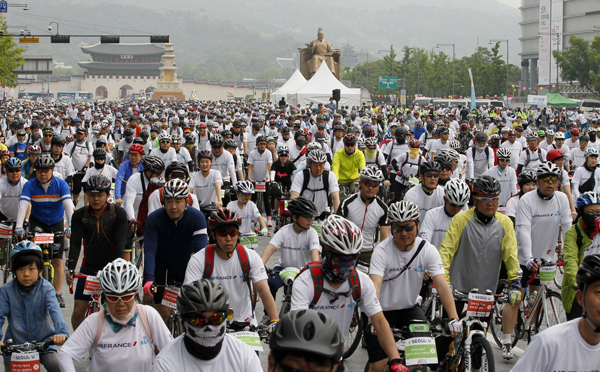 Some 5,000 participants of all ages take part in the 2016 Seoul Bike Parade, which kicked off Sunday morning at Gwanghwamun Square in central Seoul beneath overcast skies. The course of the cycling event, co-hosted by the Seoul Metropolitan Government, the JoongAng Ilbo and JTBC, spans 21 kilometers (13 miles), and passes by Sungnyemun, Seoul Station and the Gangbyeon Expressway to the Han River World Cup Park in Mapo District, western Seoul. [SHIN IN-SEOP]