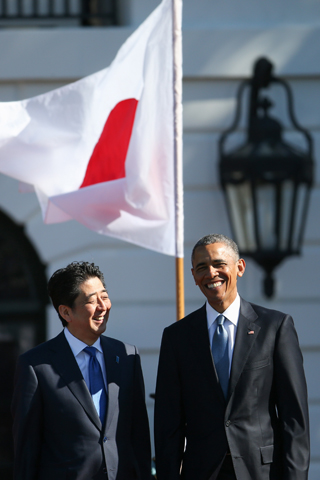 Most Americans, from 1945 to the present, have believed that President Harry Truman was justified in bombing Japan. Most supporters of that decision say the bombs saved lives by breaking Japan’s will to continue fighting. The alternative, they add, was a ground invasion that would have caused much more blood, Allied and Japanese, to be shed.

But there are others who dispute the claim that the bombs were necessary to bring about Japan’s unconditional surrender. An official U.S. government report in 1946 concluded that “it seems clear that, even without the atomic bombing attacks, air supremacy over Japan could have exerted sufficient pressure to bring about unconditional surrender and obviate the need for invasion.”

The core conviction of the opponents, though, is that it is always wrong to take actions intended to kill noncombatants, even on the hope the killing will bring about very desirable effects. That principle forms part of the Western tradition of thinking about the ethics of war. This tradition is not pacifist: It accepts that wars can be just, and that in a just war the military can justly take actions it knows will cause civilian deaths.

But this view insists that the killing of noncombatants, including children, cannot be the goal of a just military act, either as an end in itself or as the means toward some other end (like breaking the enemy’s will so as to yield peace).

We have largely adhered to this tradition, before 1945 and after. We have sometimes debated whether our use of drones is causing too many civilian deaths. But we do not deliberately target civilians for killing whenever we think the consequences would be beneficial. When Donald Trump suggested deterring terrorists by killing their family members, he was recommending a highly controversial change in our practices.

Dropping atom bombs on Japan is hard to reconcile with the honorable tradition. This doesn’t call into question the essential justice of the Allied cause. It doesn’t mean Truman deserves all the connotations of a “war criminal” or “murderer,” terms some of his critics have been willing to employ. But it does suggest he chose wrongly.

If he did, should Obama apologize for it? Collective or institutional apologies are a tricky business: They often involve people apologizing for things they didn’t themselves do to people who weren’t the direct victims. That criticism was made when the House and the Senate apologized for slavery and Jim Crow.

But Congress and the entire U.S. government are enduring institutions, and the people who have contemporary responsibility for them can rightly acknowledge those institutions’ past misconduct. Congress surely bears a share of the blame for slavery and the oppression of African-Americans.

If it was wrong to drop atomic bombs on civilian populations, and present leaders can rightly apologize for past wrongs, why shouldn’t Obama apologize at Hiroshima? I think the answer is simple. Almost all Americans recognize that slavery and Jim Crow were grave moral wrongs. Most Americans don’t view Hiroshima and Nagasaki similarly. They think we were justified.

Obama therefore cannot legitimately apologize on behalf of the American people. He can regret the loss of life while staying silent on the morality of the bombings. Any apology should be left to a future president — and issued only if America reaches a new consensus on this issue.


*The author, a Bloomberg View columnist, is a senior editor for the National Review.