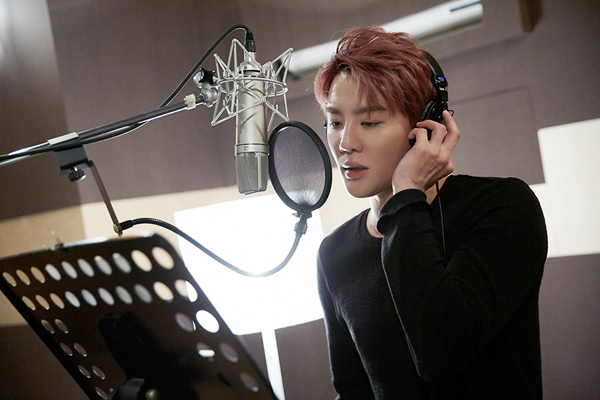 Singer Kim Jun-su will tease one song from his upcoming fourth regular album, “Xignature,” on Thursday prior to the release of the album, which is set to roll out later this month.

C-JeS Entertainment, the agency representing Kim and his group, JYJ, said Monday that the surprise song to be unveiled on Thursday is titled “.. Is You.”

“.. Is You” is a creation of Sunwoo Jung-a, an independent musician who has composed hit songs like 2NE1’s “It Hurts.”

“.. Is You” is reportedly about a man and a woman who have just begun their relationship.

Meanwhile, the newest album by the 29-year-old singer became available for preorder earlier this month, and C-JeS said it has already sold 50,000 copies.

With the release of the new album, Kim will hold concerts on June 11 and 12 at Seoul Olympic Park in southeastern Seoul, for which tickets are already sold out.

Kim debuted in the music scene in 2004 as a member of the K-pop boy group TVXQ, but he walked out of the group with two other members in 2010 and formed JYJ.

Kim has also performed as a musical actor.