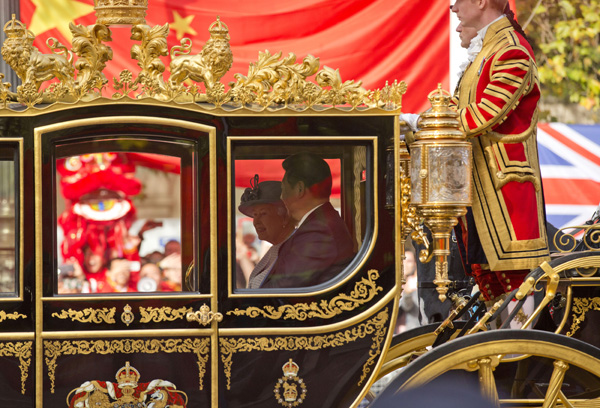 Prior to President Chun Doo Hwan’s U.K. visit in April 1986, the Blue House made a special request for bulletproof windows in the hotel room where he would be staying in London. It was a cautionary measure, as Chun had experienced a terror attack in Myanmar in 1983. However, the U.K. government did not comply, as many other heads of state had stayed at this hotel without incident. In the end, Chun and his wife had to stay at the residence of the Korean ambassador.

But the haughty U.K. government is said to have met most of China’s picky demands for President Xi Jinping’s visit in October 2015. Queen Elizabeth had been caught on camera as she complained to a police officer who had been in charge of security for Xi’s visit that “they were very rude to the ambassador.” The video was made public on May 11.

According to the British media, China had complained that the Belgian suite, where Xi was assigned to stay, had no in-suite bathroom, and the furniture in the accommodations for the support staff was not arranged according to feng shui. They demanded the wardrobes be painted red and wanted the banquet menu approved in advance. They also demanded to bring their own food to the palace.

Moreover, they attempted to change the seating arrangement of the banquet and refused staff from entering the rooms for service. The most pressing request was to have a bodyguard ride in the carriage together with Xi.

While many of the demands were granted, the diplomatic queen still felt upset after seven months.

It is not the first time China’s diplomatic discourtesy has become an issue. At the Copenhagen Climate Change Conference in 2009, Chinese delegates were so rude that the U.K. and French delegations officially complained. The former U.S. ambassador to China, Jon Huntsman, said that China was “losing friends worldwide” with its newly pugnacious foreign policy.

Korea has also suffered from China’s diplomatic rudeness. Amid controversy over deployment of the Terminal High Altitude Area Defense system, the Chinese ambassador to Korea, Qiu Guohong, visited the opposition Minjoo Party of Korea in February and threatened that “the two nations have worked a lot to develop bilateral ties as they are today, but these efforts could be destroyed in an instant because of this one problem, and it would be difficult to restore relations.”

Erroneous actions could become a habit if repeated. Korea should not be underestimated so that China does not make unilateral demands without respecting the circumstances of its neighbors.