Music fest aims to inspire more than your ears

Music fest aims to inspire more than your ears 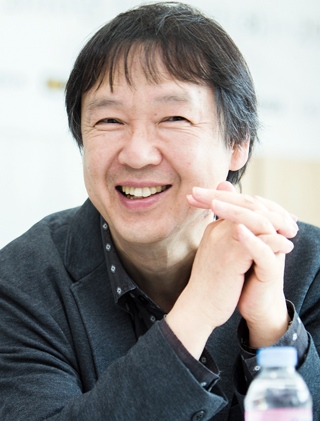 Kang Dong-suk has been the artistic director of the Seoul Spring Festival of Chamber Music since it began in 2006. This time, he chose “Parfums de France” as the theme, to help celebrate the 130th anniversary of Korea-France diplomatic ties. [SEOUL SPRING FESTIVAL OF CHAMBER MUSIC]

For this year’s edition of the Seoul Spring Festival of Chamber Music (SSF), the theme is “Parfums de France,” meaning the scents of France. The theme has added significance because Korea and France are currently celebrating the 130th anniversary of diplomatic relations.

The SSF has been acclaimed for its performances and the participation of renowned artists since 2006, when it began with the theme of “West in East.” The festival hopes to foster cultural collaboration between the West and the East.

Under the main motto of “Friendship Through Music,” the festival also aims to create harmony between artists of the younger and older generations. The Seoul festival aspires to someday be a world-class festival like the Salzburg Festival in Austria and the Tanglewood Music Festival in Lenox, Massachusetts.

The artistic director, Kang Dong-suk, has headed the festival from the beginning, emphasizing the essence of chamber music, especially in Korea. Chamber music is not yet a familiar style of music in this country, so Kang works to introduce it to as many people as possible through diverse programs.

“Chamber music contains the vitality of both the orchestra and solo recitals,” Kang said. “For this festival, different artists participate in different themes of the concert on different dates, so the audience can enjoy them according to their taste. Thus, the diversity of the repertoires is one of the strong points of chamber music.”

Kang thought of all different titles for the themes of each different concert. After considering the overall theme, Kang then selected related music pieces. But it was sometimes difficult to select pieces to play for audiences in order to generate as much interest as possible in the concerts.

“The balance needed for constructing the concert for each date uniformly is very significant,” Kang explained. “Actually, the choice of which music to play is quite limited. So, I decided to focus on adding more entertaining factors to the concert to help the audience easily enjoy the unfamiliar songs.”

Romain Guyot, an acclaimed French clarinetist, feels the festival is all the more special as it focuses on France in particular.

“Parfums, or perfume, is a great tradition in France, and in music, smelling is an essential factor,” Guyot said. “Scent can go along with the sense of auditory as well. This will be a great moment for the audience to understand what I am trying to say.

The SSF has also provided opportunities for the public to participate in making the events more exciting than ever by becoming volunteers.

People who love music can help in various ways, including by introducing the programs to foreigners. Volunteers will receive an official certificate afterward.