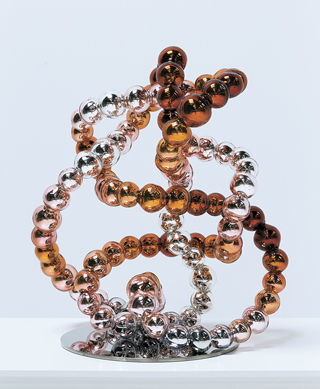 Friday to Monday: Art Busan has grown into the nation’s biggest art fair in terms of the number of participating galleries since its launch in 2012.

This year, 191 galleries from 19 countries including major Seoul-based galleries such as Kukje, Hyundai and Gana and foreign galleries such as Hong Kong-based Pearl Lam and Tokyo-based Tomio Koyama will participate in the fair. They will present about 4,000 artworks that encompass paintings, sculptures, new media works and installation works.

Several special exhibitions including a collective show of French artists to celebrate the 130th year of Korea-France diplomatic relations are scheduled.

THE FAMILY OF THE INVISIBLES

To May 29: The exhibition features 210 photographic works from the collections of two French institutions - the Centre National des Arts Plastiques in Paris and Fonds Regional d’Art Contemporain Aquitaine in Bordeaux - as part of cultural events to celebrate the 130th year of Korea-France diplomatic ties.

As the title suggests, the large-scale photography show proposes an alternative to the monumental 1955 exhibition at the MoMA New York, “The Family of Man,” by presenting photos that focus on minorities or humans in out-of-the-ordinary conditions, based on the theory of the French philosopher Roland Barthes (1915-80).

The works on display include those by famous artists such as Walker Evans, Diane Arbus, Cindy Sherman, Jeff Koons, Robert Doisneau and Nobuyoshi Araki.

“The title of the exhibition shows our intention to remove all prejudices about Lee, whether positive or negative, and to resurrect him, as his 100th birthday falls this year,” museum founder Ahn Byung-gwang told reporters. 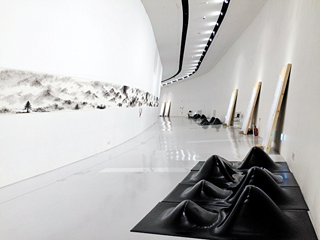 To May 29: The exhibition features a 150-meter-long (492-foot-long) ink painting in traditional East Asian style by Korean artist Moon Bong-sun. The painting, titled “Gangsanyeohwa” or “Picturesque Scenery,” depicts Baektudaegan, the range of mountains spanning the Korean Peninsula. Visitors can view the painting while reclining on the special chairs designed by Jihoon Ha, to follow the tradition of wayu in Korean or woyou in Chinese, which means “traveling in nature while lying down in a room.” It is the traditional way of viewing East Asian landscape paintings.

To Aug. 14: The exhibition features 12 pieces of works by Chinese artist Liu Wei ranging from his controversial early works to his most recent works. The 44-year-old is one of the leading artists in the generation next to the famous “Chinese Diaspora” and “Political Pop” generations under the influence of the 1989 Tiananmen protests.

“Liu Wei’s works, created from materials such as architectural debris and old books through labor-intensive handcrafting, examine the dystopic cities of China, and more broadly Asia, as sites of endless urban development,” said Ahn Soyeon, curator of the exhibition and deputy director of Plateau. 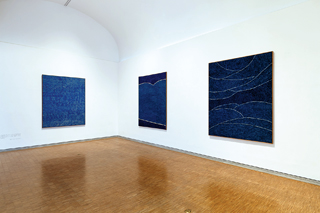 To Aug. 14.: The large-scale retrospective of the modern Korean master Kim Whanki (1913-74) features 400 paintings, drawings and collages by the artist.

Among the exhibits are a lot of abstract drawings and oil paintings on newspaper that show the artist’s continued experimentation and transition into pure abstract figuration. The result was Kim’s collection of dot paintings, which are now celebrated both by art critics and collectors. Dot paintings are also among the exhibits.

The donation, called the Gana Collection, consists of 200 paintings, sculptures and prints by 48 local artists related with the minjung art movement of the 1980s and early ’90s. The movement is represented by realist paintings with strong political or social messages against the Korean military regime of the ’80s.