EXID hinting at change with album

EXID hinting at change with album 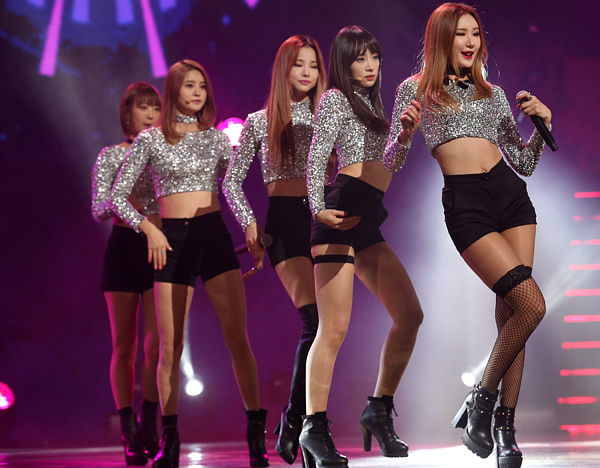 Banana Culture Entertainment, which represents the five-member girl group, said Wednesday that the new album will be different from the group’s previous mini-albums.

“You may expect a totally different style of music from EXID this time,” the agency said in a press release.

EXID soared to stardom with the upbeat dance tune “Up and Down,” released in August 2014.

The dance track failed to grab the attention of music fans when it was first released, but it began to resurface in local major music charts three months after its original release.

“The girls just finished photo shoots for the album covers, and they also wrapped up filming of the music video recently,” the press release said. “You will see EXID’s growth through this album.”

EXID has not been performing as a whole over the past six months, but individual members such as Hani and Solji have been appearing on TV shows.