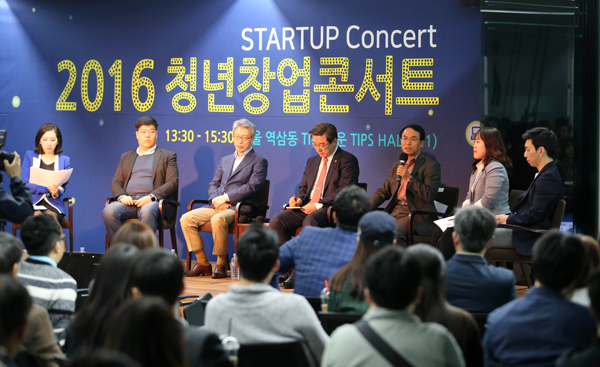 In July, “Pi-Ville” is coming to Korea University’s Seoul campus. Named after the first syllable of “Pioneer,” the warehouse-style space is a start-up laboratory. Yonsei University has already opened the “Design Garage,” equipped with four 3-D printers that allow students to make prototypes. The 3-D printer workshops are always full.

The “garage start-up” boom at universities is to produce Korea’s Steve Jobs. In 1976, the 21-year-old Jobs started his venture in his parents’ garage in California, and his success has become an inspiration for many young entrepreneurs.

It is a desirable change. The opportunities to experience and create things are rare in Korea. These days, children grow up attending after-school classes or playing with smartphones. They are used to learning with their eyes, not their hands. It is not easy to come up with the technology, ideas and challenges that create money and jobs.

In this culture, asking them to display entrepreneurship is not going to work. Nothing can be accomplished overnight. The United States is leading the fourth industrial revolution with a corps of entrepreneurs based on time spent becoming close to technology through personal involvement and experience. Following the American model, China created the Zhongguancun garage cluster in Beijing and other start-up districts, producing 10,000 ventures daily.

And what about Korea? The Korea Automobile Manufacturers Association president and a former Korea Institute for Advancement of Technology director, Kim Yong-geun, said, “Technology class in middle and high school is not an independent subject but is linked with ‘home economics,’ and many of the teachers did not major in the specialty.”

The Ministry of Science, ICT and Future Planning and the Ministry of Employment and Labor announced a plan to have the STEM curriculum in elementary and secondary schools be continued to college education. However, it won’t be easy when education is so focused on college admissions.

The government’s new growth engine promotion, an inter-ministerial initiative, is not much different. It offers tax benefits to 10 key industries, the Internet of Things and smart cars. However, it is only a halfhearted plan. There is no vision for technology education and training, which are inseparable from the new industries.

In the end, we need an action plan encompassing education, society, industry and culture for real change. The Blue House should be ready to create garage offices. Instead of bureaucratic policy makers, they need to meet with field experts and interested parties and change the paradigm of technology education. Just in time, the architects of the creative economy initiative have been appointed as Blue House secretaries. They should be reminded of the lessons of warehouses and garages.

Jobs told his employees that “it’s better to be a pirate than join the navy.” Field experts with a pioneering spirit are the best weapons. We cannot let our children’s generation be the victims of pirates.