Hoping for a rescue

Hoping for a rescue 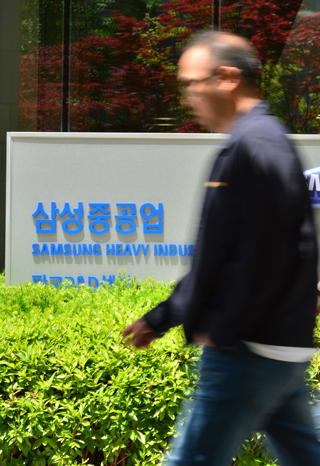 Samsung Heavy Industries, one of Korea’s big three shipbuilders, submitted a self-restructuring plan to its main creditor, Korea Development Bank, on Tuesday night. The self-rescue plan reportedly includes closing part of the shipbuilder’s dockyards, selling its remaining real estate and further downsizing of its workforce. The measures come after the company signed no new orders this year. The shipbuilder posted 6.1 billion won ($5.1 million) in profits in the first quarter of this year, a 76.8 percent year-on-year decline. [NEWSIS]