With Jia’s departure, Miss A becomes a trio

With Jia’s departure, Miss A becomes a trio 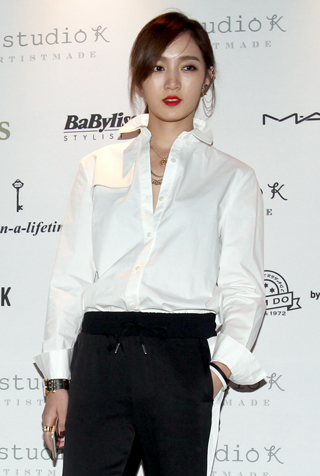 Jia of the K-pop girl group Miss A will not perform with the group anymore.

JYP Entertainment, the agency of the four-member girl group, said that Jia’s contract has expired.

“Jia’s contract has came to an end as of today and we support her future,” JYP said in a press release on Friday.

JYP added that the 27-year-old singer will pursue an individual solo career.

Without Jia, Miss A will perform as a trio.

Jia debuted in the music scene in 2010, and the Chinese singer was cast in Miss A along with Fei, another Chinese member.

Having two Chinese members along with two Koreans was a strategy of JYP in order to gain footing in China, the world’s largest music market.

Meanwhile, Fei has reportedly renewed her contract with JYP recently, and the contracts of the other two members, Suzy and Min, will expire sometime next year.

Jia recently appeared in the Chinese film “The Third Way of Love” (2014) and played the role of a Chinese woman who falls in love with a man played by Korean actor Song Seung-heon.