A new music academy where students learn to fail

A new music academy where students learn to fail 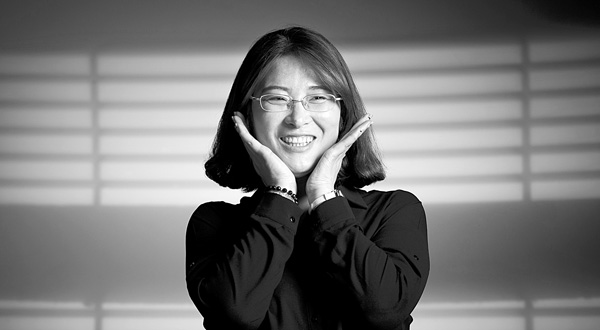 Students who attend the KNM Dream School learn a most unorthodox skill. They learn to fail.

Located in Gimpo, Gyeonggi, the KNM Dream School is a part of a special education program run by Gyeonggi Provincial Office of Education in order to teach students musical performances every Saturday at Pureunsol Middle School.

At the helm of the program is Kim A-young, who serves as the principal of the school. Middle and high school students in the neighborhood attend the program, which employs no specific guidelines or curricula because Kim wants to let the participants’ creativity and imagination run wild.

“I think genuine creativity comes when there is freedom for expression,” Kim says, “When the students face challenges, I just let them work through it in order to encourage them to find solutions on their own.”

After majoring in composition, the 43-year-old Kim made a name for herself as an orchestra arranger and a teacher at a private music academy.

“I lived a secure life,” says Kim, “but I realized that I’ve never thought long and hard about what makes me really happy.”

Following her passion, she built the KNM Dream School in her neighborhood to teach elementary school students music.

“When I play music,” she says, “I sometimes receive unexpected reactions.”

The Gyeonggi Education Office selected the school to subsidize and support the initiative by funding expenses related to hiring staff and building facilities while students pay for their own meals and snacks.

“Every participant has their own worries or complaints, even though they may seem okay,” she says, “and I thought a musical might be an ideal way to share their story.”

The first class of 25 students wrote a script and directed performances on their own. Their work has already been performed at Gimpo Art Hall last January. Kim said she was surprised by the quality of the work, but what most impressed her were the attitudes of the teenagers.

“First, they asked every detail of me because they were so afraid of failure,” Kim recalls, “But later they took the lead in deciding what they were going to do and began to trust their own impulses.”

Besides musical performances, she also tries to teach more fundamental instruction about how to achieve each one’s dream.

“I told my students that dreaming is just doing, doing what they are really passionate about,” Kim says, “If someone wants to be a writer, I encourage them to write something. Once they experience it, they better know their weak points, and then they can learn to overcome them.”

She also says that running the school has been a dream-come-true.

“I feel really happy to know that the work I sincerely enjoy can actually help others.”