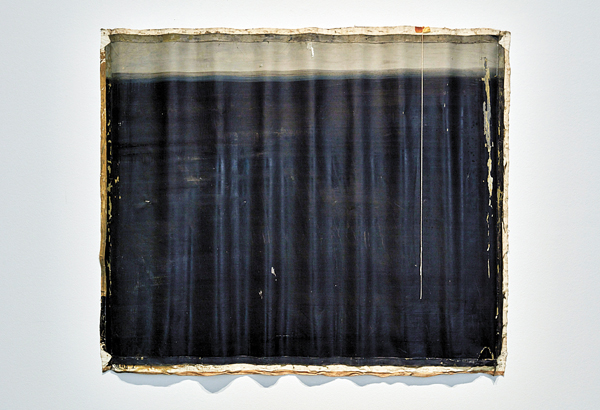 To June 12: The solo show of conceptual artist U Sunok, 58, features 12 of her works, diverse in medium, under the theme of “Inaction," a concept from Taoism. The works on display include a painting of the dark sea, which she created more than 30 years ago at the Kunstakademie Dusseldorf arts academy in Germany and left behind in a studio there before retrieving it recently.

“The painting changed - the changes are the traces of the passage of time,” the artist told reporters on May 13. “So, I’ve given the painting a new title, ‘Painting of Time.’”

The exhibits also include the video work “Silence, Please,” which shows slowly drifting clouds through the ceiling of the Brother Klaus Field Chapel in Cologne, Germany, designed by architect Peter Zumthor.

“The exhibition began with the artist’s re-reading of the ‘Doctrine of Inaction’ by the philosopher Laozi and proposes we slow down and observe things more closely,” said Zoe Chun, director of the gallery. 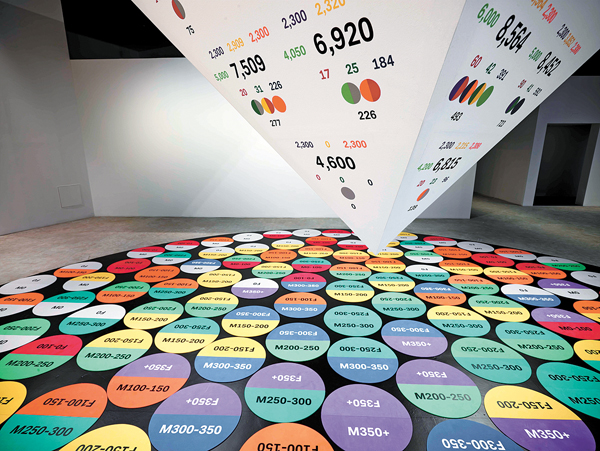 To Aug. 7: The exhibition features the 10 finalists for the museum’s biennial ArtSpectrum Award, a major local art prize.

Many of the artworks on display - diverse in concept and medium - have something in common: an interest in Korean society’s past, present and future.

Artist An Dong-il presents a landscape painting, which is, in fact, a composite of the iconic images from stamps issued during the Park Chung Hee administration in the 1960s and ’70s. Artist and film director Kelvin Kyung Kun Park’s new short film “Army: 600,000 Portraits” creates a collective portrait of young Korean men during their mandatory military service. The graphic design and data visualization duo Optical Race present an installation of infographics, in which viewers are invited to see how their future economic conditions will be after marriage according to several conditions.

The other finalists are Kim Young-eun, Park Min-ha, Choi Hae-ri, Baek Jung-ki, Lee Ho-in, Jane Jin Kaisen and the Okin Collective, which is a team of three artists. One of the finalists will be selected as the winner and receive 30 million won ($25,600) in prize money. 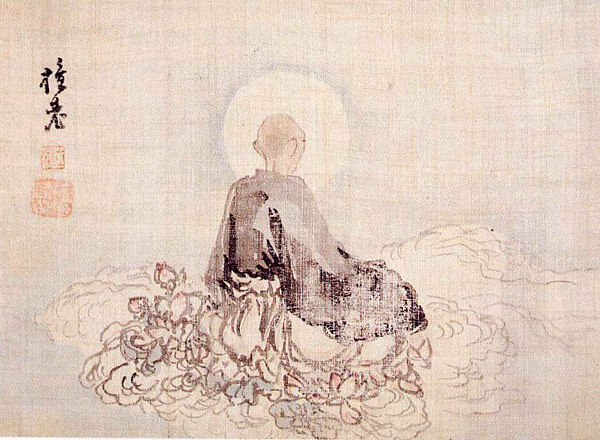 To Aug. 28: The daily lives of both commoners and scholars spanning 500 years during the Joseon Dynasty (1392-1910) can be witnessed in this exhibition - the Kansong Art Museum’s sixth show at the DDP.