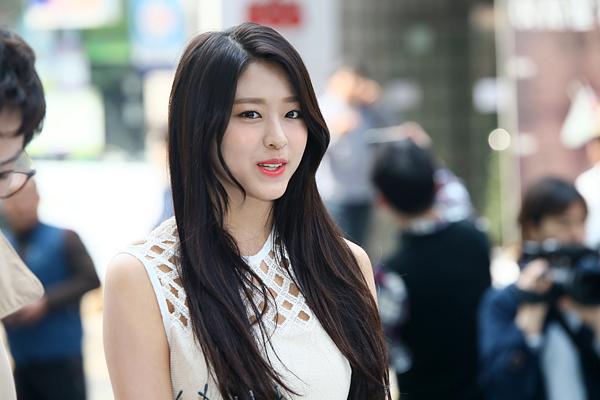 Photos of Seolhyun, a member of the K-pop girl group AOA, have been removed from the official website and social media account of Visit Korea Year.

The 21-year-old singer was appointed as a public ambassador of Visit Korea Year, a nationwide campaign designed to promote inbound tourism, late last year along with actor Lee Min-ho of “Gangnam Blues” (2014), but her photos have been deleted after the singer and Jimin, another member of AOA, came under fire for their historical ignorance.

The two failed to name Ahn Jung-geun, one of the most well-known Korean independence activists from the Japanese colonial era (1910-45), when they appeared on a cable channel TV show earlier this month.

An official of Visit Korea Year, however, told Yonhap News Agency on Monday, “We don’t have plans to change [Seolhyun] with someone else.”

Despite the controversy, AOA recently released a fourth mini album, and its title track, “Good Luck,” has received favorable reviews.