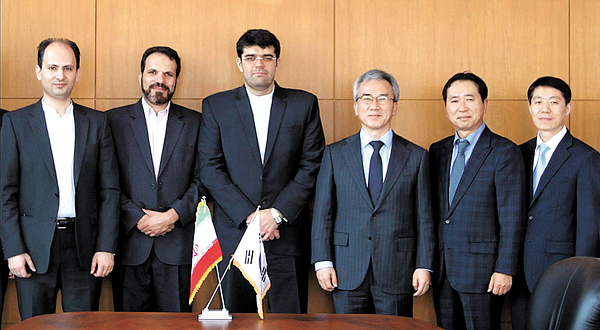 Established in 1988, Entekhab operates 200 stores across eight major cities in Iran with 3,000 sales employees. Since 2007, Dongbu Daewoo has been the only Korean consumer electronics producer to maintain a business partnership with the Iranian company.

Renewing the strategic partnership this year, the Dongbu Daewoo has added wall-mounted air conditioners and its latest LED TV models to existing items like refrigerators, washing machines and fryer ovens produced and sold in Iran.

A Dongbu Daewoo spokesman said the Iranian company extended the deal based on the belief that Korean consumer electronics are high quality for their price, something that is particularly appealing to Iranian consumers who prioritize reasonable consumption. Dongbu Daewoo will be fully responsible for everything from manufacturing at Iranian factories to promotion and after-sales service.

The extended partnership comes after President Park Geun-hye’s visit to Iran earlier this month to sign 66 memoranda of understanding, mostly in business deals on infrastructure construction projects and energy exploration following the lifting of international sanctions against the country earlier this year.